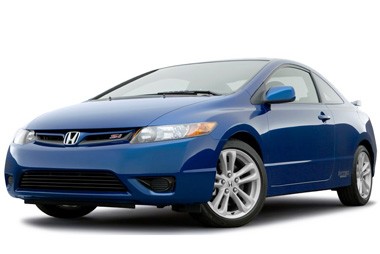 The 2006 Civic marked the start of a changing clientele for Honda, finally allowing the manufacturer to prove it could cater for a younger audience.

While its rivals (Vauxhall Astra, Ford Focus, VW Golf) might be the more obvious family hatchback choice, the Civic’s sporty looks set it apart from the crowd.

Honda pulled off a neat trick of appealing to younger customers through the edgy design without alienating older, traditional Civic buyers.

Our test car is powered by the 2.2-litre common-rail turbodiesel, which is responsive, yet surprisingly quiet.

The Civic’s futuristic, well-organised cabin matches its exterior looks. Neither has dated yet.

The dashboard – and its endless displays – can put some people off, but the system is easy to use.

Rear passengers have ample room and the boot is spacious, though small rear door apertures make access into the back hard for some people.

Thick A-pillars and a spoiler that splits the rear window hamper visibility, while the deep curve of the windsreen means even short people could knock their heads against the sun visor.

These niggles are unlikely to put off buyers.

Alongside excellent residual values, the Civic is a fair-priced, sporty- looking model that will entice those that want an alternative to traditional volume-selling C-segment cars. 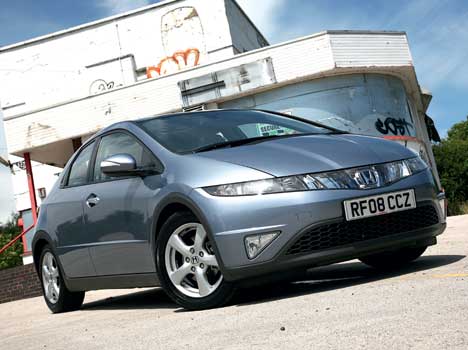