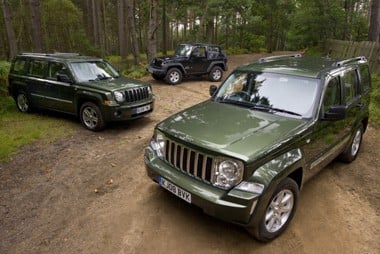 Chrysler is keeping things simple with the facelifted Jeep Cherokee.

The new Cherokee is aimed at high-end 4x4 buyers and, accordingly, is well equipped.

Chrysler hopes to sell 500 by year end but says this is a “modest” figure.

No target has been set for next year, but considering the old model sold between 2,000-3,000, with a top year of 4,500, Chrysler must be hoping for similar figures.

Priced from £24,595 for manual transmission, and £25,595 for auto, Chrysler is keen to highlight its reasonable price compared to competitors with similar specs.

To be fair, build quality is likely to be better on a Land Rover or BMW, but the Cherokee will appeal to customers who like its American ruggedness and want to revolt against the obvious 4x4 choices.

Chrysler wants to appeal to core 4x4 buyers, those that actually need the off-road capability, rather than customers buying into a fashion trend.

It will “focus on customers who want to update their 4x4 with an authentic modern Jeep”.

The good news for dealers, then, is that the Cherokee excels off–road, contorting itself brilliantly to the terrain. On road, its unremarkable, but inoffensive.

The update includes a new suspension and steering system and permanent full-wheel drive.

In theory, the interior is luxury. In reality, it’s a bit shoddy with flimsy plastic.

It does well though to echo the manly shapes that the exterior showcases.

The full-open canvas roof – a £950-extra – is more than twice the size of a normal sunroof and is a nice touch. It can be opened and closed on the move.

It returns average fuel consumption of around 31mpg, down 9% on the previous model.

Dealers will work hard to sell any 4x4 in the current climate, but there will be a select bunch of Jeep fans who will return to the Cherokee and be pleasantly surprised. 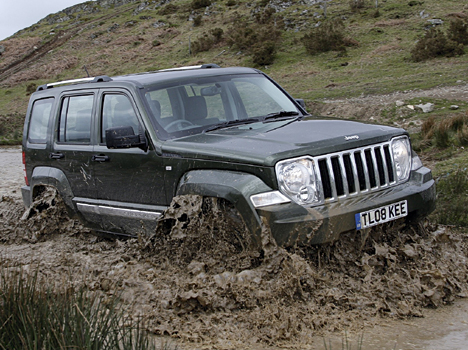