Lack of a courtesy car loses Seat Ibiza some points 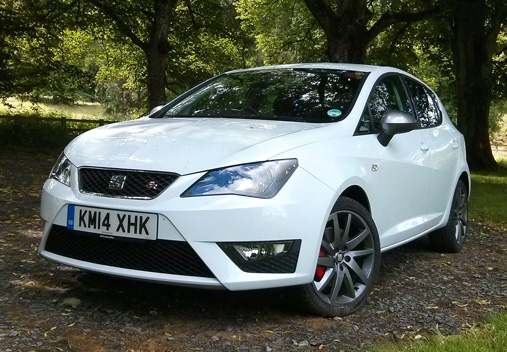 In last month’s review, I detailed the requirement for some body repair work on the Ibiza. The panel over the driver’s side wheel arch was crumpled in a snail’s pace collision when my neighbour reversed his Audi Q7 into it.

Seat told me to take the car for repair to Stoneacre’s Jeep, Chrysler and Fiat franchised site in Peterborough, which also has a bodyshop. Graham, the bodyshop estimator, judged the panel needed replacing rather than repairing on my first visit. A second visit was arranged for the work to be done.

A call to arrange this also revealed that because I was not making an insurance claim, a courtesy car would not be available. I could, however, pay for the rental of one. The dealer receptionist also said I would receive a call from Accidents Happen, non-fault accident management specialists. I was given a leaflet on its services on my first visit. Sure enough, a representative called the same day.

This all seemed like a joined-up process, but playing the part of a naïve customer, sampling their first experience of dealing with a prang, the simple fact that a courtesy car had been denied me because no third party was paying for it was unsatisfactory. I work in Peterborough and a colleague was kind enough to pick me up from the dealership and drop me off afterwards. Without him, taxis would have sufficed, but that would mean considerable expense.

The repair was completed in 24 hours. The receptionist carried out the handover of the car and I was happy to see it was not only repaired to a top-notch standard, but had been cleaned inside and out to within an inch of its life.

This, to me, is a key marker of customer service. In this case, the work that had been done was clearly visible, but in other cases, such as a service, when it’s not, a thorough clean provides a psychological reassurance that the car has been worked on.