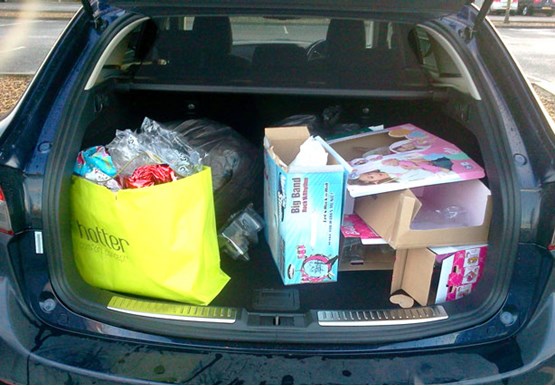 I don’t normally write about a car’s styling in reviews because it is so subjective. But having had the Mazda6 Tourer on AM’s test fleet for three months, one of the most striking aspects is how handsome a car it is.

Its Stormy Blue Mica paintwork is offset by the classy, silvery roof bars, window surrounds, grille line and tinted rear windows, and the 17in alloys give it a poise that’s not brash. Parked against a Vauxhall Insignia estate in our office car park, it looks the better of the two.

The interior of the Mazda6 is functional and quite minimalist, with black cloth upholstery and a dark fascia thankfully lightened by occasional touches of silver. A central control wheel for the media, sat-nav and Bluetooth phone is a nice touch, as it avoids creating a Ford Focus-style dashboard cluttered with numerous buttons. Other controls for the colour screen and dual-zone climate control are also clear and easy to use.

The darkness of the Mazda6’s interior is reflected elsewhere in the car. The short daylight period this winter has revealed an anomaly in our mid-spec Mazda6 Tourer’s otherwise generous specification – its boot doesn’t appear to have a decent light inside.

It may seem a minor flaw, but actually it’s quite a significant oversight considering that most buyers choose an estate car because they expect to use its load area. There is a light inside the tailgate, which shows when it lifted, but it’s not that effective.

Having filled the boot with the weekly shopping on many evenings now, it is rather infuriating to have to finish unloading with a blind, fingertip search in case items have rolled around in the spacious rear. A saving grace are the fold-out hooks on the sides, which prove ideal for hanging a couple of bags on, and the small underfloor stowage area and 12v power socket.

The lack of light slightly tarnishes an otherwise superb load-carrying ability. With maximum load capacity of 506 litres behind the rear seats, the Mazda6 Tourer comfortably accommodated the presents, overnight bags and food and drink associated with taking my wife and three children to stay with family over Christmas.

What’s been said about the Mazda6 Tourer

There’s a decent list of standard equipment, while the 6 Tourer’s 2.2-litre diesel delivers efficiency without sacrificing performance. It’s not the most spacious in its class, but you’ll soon forget that on a twisty B-road.

It isn’t quite a game-changer in its class but the new Mazda6 will certainly tempt those who in the past may not have given the brand a look-in.