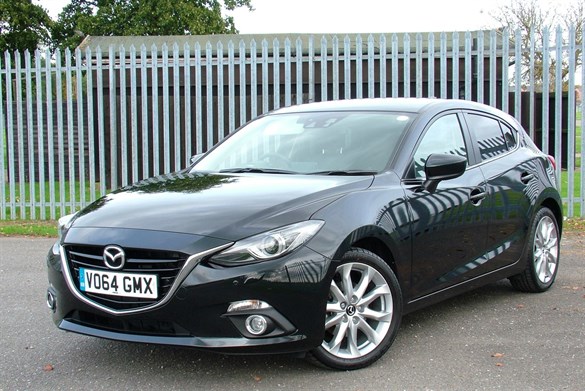 When Skyactiv technology first launched, in 2012’s CX-5, I questioned the ease with which the technical benefits being imparted by the brand as a key selling point would translate to the average showroom customer. The impressive fuel economy and low CO2 emissions promised are, while important, hardly the most likely to tug the heartstrings and loosen the money bags.

I shouldn’t have had any doubts. Looking at retail and fleet together, the picture for the Mazda3 is rosy. From January to December last year, sales were up an impressive 61.6% on 2013, according to SMMT figures.

Let’s not forget the one area of the market where improved performance stats are fundamentally important to buyers – fleet. Fast forward from two years ago, and the launch of the CX-5, to now. With Skyactiv currently in three models, and Mazda’s share of the corporate market is booming.

Mazda head of fleet Steve Tomlinson said more than 40% of the growth in core fleet sales had come from the  new Mazda3.

Mazda3 fleet registrations in 2014 were up 40.4% year on year. This put it in 14th place in its segment, behind the Citroën C4 and ahead of the Toyota Prius. It is helped by attractive lease deals, such as Mazda Contract Hire  offering business users a new Mazda3 from £169 a month (ex-VAT) on a 36-month/10,000 miles per year non-maintenance package.

Mazda appears well on the way to the transformation that Jeremy Thomson, UK managing director, has promised.

A helpful feature for town driving is the start-stop ‘i-stop’ system in the Mazda. Perhaps the biggest compliment I can give it is the fact that it’s hardly noticeable at all.

The fact that this car doesn’t use a turbocharger for its extra shove gives it a much crisper throttle response than its downsized force-induction rivals.

Everything the driver comes into contact with is in the right place, is the right size and is made of material that isn’t unpleasant, even on this bottom-of-the-range model. This one also has the smallest, least gutsy petrol engine which you have to work quite hard to get any joy from, but it’s still nice to drive.

The Mazda3 ticks most of the boxes, but seems sluggish next to its rivals.