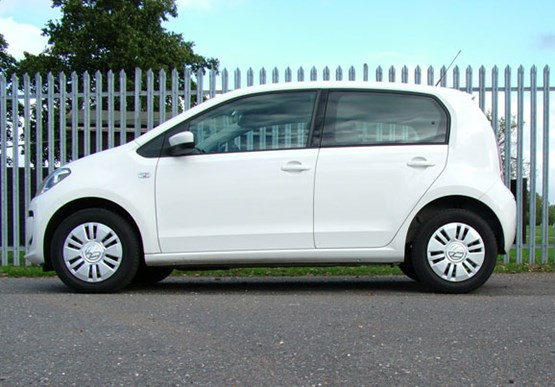 Is there a car on the market right now that snares so many of the strings pulling the current vitality of the new car market?

Volkswagen’s timing has been exceptional in conceiving a car that wins on so many fronts: the Up is in the burgeoning city car sector; it’s cheap to own and run; it’s well designed, easy to live with; it has the right amount of whizz-bang tech to ensure you’re at least on talking terms with your neighbours who may have splashed out more cash for their car; it’s got the kudos of the VW badge (German, but not sneeringly so); and with the omnipresent personal contract purchase offer on the table, consumers can take one home for as little as £79 via Volkswagen Finance’s Solutions PCP.

Needless to say, punters love it. Rarely have I seen a car get such universal online praise from owners. Looking at What Car? and motoring.co.uk reviews, there is a consensus.

Amid the praise about the styling, refinement and build quality are more telling comments reflecting the cost of motoring: “It has paid for itself over my previous car on fuel savings alone” said one owner. Another said: “I part-exchanged a 1.4-litre Seat Ibiza and the savings in the amount I spend a month in petrol pretty much pays the difference on buying the new car.”

On the appeal of the PCP: “I have acquired it as a PCP product. What a fuss-free way of having a nice new car. I would never have bought a new car before, but I don’t think this is going be my last PCP purchase.”

One owner says he traded out of an Audi A6 and didn’t feel he was “trading down to a lesser brand”.

Another fact the reviewers agree on – and that I fall in line with – is the suitability of the engine for all driving conditions. The stats may look uninspiring, but on the urban run, it is responsive and sufficiently feisty in traffic and on the open road. It’s like a little go-kart and is even more fun when you know the engine is returning 50-plus miles to the gallon.

There is online speculation among owners on a more powerful GT version, which has been cancelled. To the news of its demise, I say ‘phew’ – in unsuspecting or inexperienced hands it would have been a lethal addition to what is already a feisty little car.

If it were my money on the dotted line, having driven both the Up and Citigo, I’d find it difficult to walk past the Skoda forecourt, despite preferring the Up’s styling and badge.

Two years down the line, I doubt you’d regret buying an Up, but deep-down quality doesn’t always butter parsnips in the showrooms. I like the Up’s generous accommodation and clever engineering and can imagine buying one.