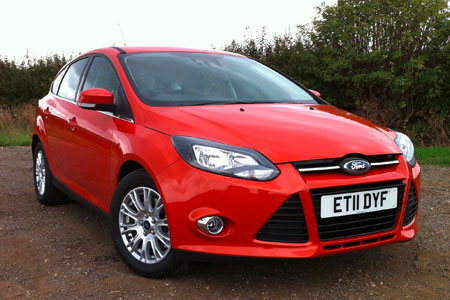 With an increasing chorus of voices warning of a supremely challenging new car market next year – many say on a par or even worse than 2008 – every manufacturer needs to be on top of their game in the months ahead.

As one Ford exec told AM recently, without scrappage, which was a gift to manufacturers of popular small cars, and new Fiesta, next year is going to be exceptionally hard.

Ford does have a new Focus, much needed in the key lower medium segment to compete fairly against a new Golf and newish Astra.

Our Focus will be with us for three months.

Ford expects total registrations for the Focus (launched in 1998) to reach 1.5 million next year, in the face of depressed market forecasts.

The Focus, fresh from the launch of the marque three in March, is enjoying a boost in sales, reflected in the car’s year-to-date sales: 72,875 January to October 2011 versus 68,436 last year.

The most popular model and engine choice is the Zetec with 45% of all sales and most popular engine is the 1.6 petrol at 50%.

The appeal of the new Focus, according to Ford, is boosted by its coupé-like appearance in five-door form and stylish estate.

Technology includes USB connectivity as standard from entry level Studio model at £13,995 to cutting edge features in a volume car such as lane departure warn-ing, a ‘lane keeping aid’, traffic sign recognition and driver alert which warns of the need to take a break if your driving style deviates from the norm.

These are incorporated in one of seven equipment packs (driver assistance) that range in price from £250 to £1,000 depending on the tech included.

Our test car has the highest priced driver assistance pack, plus a Sony DAB radio and navigation system.