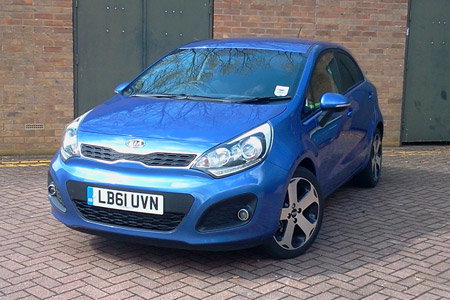 There are a good number of new car buyers out there despite the economic difficulties.

It seems that for some it just takes a change in circumstances to swing their decision to spend.

One such case recently was my neighbour.

But then his arthritis worsened, and his peers suggested he buys a new automatic.

Within two weeks of deciding to change car he paid cash for a pre-registered Honda Jazz with a CVT transmission from an AM100 dealer group with several dealerships in Peterborough.

He had been to his local Volkswagen outlet, as he’d been very happy with his Golf.

But he was told there was a significant waiting list for a Golf automatic.

Staff didn’t even mention the Polo alternative, and instantly lost his potential custom.

I’d also recommended a handful of small self-shifters for his list.

One was the automatic version of AM’s Kia Rio. Our experience of the supermini has been nothing but positive, with reasonable economy on short daily commutes and good levels of comfort on longer runs.

But again, my neighbour’s experience at the Kia dealership fell short, with him waiting quite some time to be served.

It made him question the long-term service he might receive.

Does this go to show the potential stumbling blocks remain despite the millions Kia has invested in developing competitive products?

The Rio is a very good little car, and Kia is steadily featuring on more and more consideration lists.

But even a seven-year warranty won’t help if a dealership cannot win the confidence of the customer.