Launched more than five years ago, the S60 was Volvo’s top selling car in 2003 with the UK the second largest market for the saloon after the USA. That year saw 7,768 examples sold by UK dealers, 57% of which were D5 models.

Although it has now slipped down to fifth in the UK sales table behind the V50, S40, V60 and XC90, the S60 is still an important car for the Ford-owned Swedish manufacturer and is a worthy rival for the likes of the Audi A4, BMW 3-series and Jaguar X-type.

In the D-sector, where company car buyers are a key consideration, having a good diesel line-up is paramount and Volvo has taken note. Oil burners now account for more than 65% of Volvo’s total annual sales with the 2.4-litre D5 engine (it’s a five-cylinder, hence the moniker) the flagship in the line-up.

The second generation of the D5, as fitted in our new S60 long termer, is a Euro IV compliant engine that was introduced in May and compared to the previous generation unit it’s much improved. 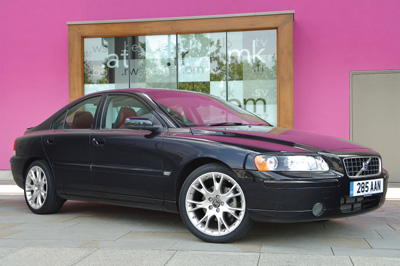 Power has been increased by 22bhp to 185bhp together with a 44lb ft hike in torque to 295lb ft (although emissions and fuel economy are slightly higher as a result) and it’s a noticeable smoother and quicker engine.

This is thanks to a major overhaul including a completely new engine management system, new turbochargers, fuel injectors, combustion systems and diesel particulate filters.

One of the more unusual features of our S60 is water repellent glass that is available with laminated side windows and door mirrors. The glass gathers water as pearls of moisture, which are then blown away by the wind speed, leaving a dry glass panel with less dirt.

The D5 range starts at £22,043 but extras including metallic paint, leather upholstery, heated front seats, headlamp washers, satellite navigation, television and an iPod connection (very modern) have pushed the price of our particular Sport model up to more than £31,000.

However, once behind the wheel the legendary Volvo build quality and refinement is clearly evident and it’s easily a match for its key German rivals in this department. 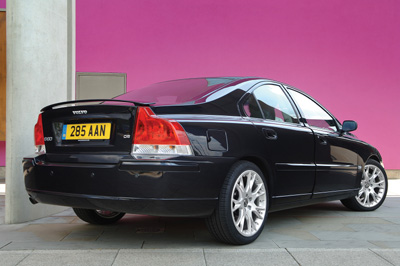