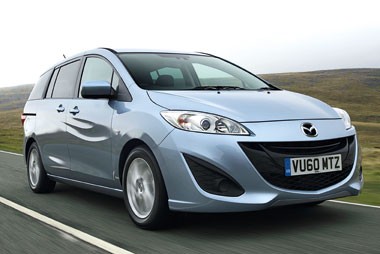 The Mazda5 has proven itself as a popular family car since it first arrived in 2005, having successfully combined practicality with a decent driving experience and fine styling.

Although it suffered a relatively low profile, it found favour with the private and corporate driver alike, and dealers have found that the compact MPV’s strong appeal continues into the used market.

Thankfully Mazda hasn’t broken the mould with its successor, which has just gone on sale.

Parents with young children will be pleased that the sliding passenger doors and the adaptable 6+1 seating configuration continue to feature in the new Mazda5.

It still drives beautifully too, with poise and purpose seldom found among rival MPVs other than the Ford S-Max.

The MPV sector will be a tough market, however.

The new Ford C-Max arrives in seven-seat form soon with similarly clever seats and sliding doors, and a new Vauxhall Zafira is on the horizon.

Other rivals such as the Renault Scenic and Citroën C4 Picasso are strong household names.

One hurdle is new Mazda5’s like-it-or-loathe-it exterior – those slashes down the flanks look odd and its front end appears to have a huge mouth.

But with an entry price of £17,695, Mazda5 is positioned to be accessible and competitive.

From launch it has added incentives of three years’ free servicing and a 5.9% PCP finance offering to help its network get the ball rolling.

Customers trading up from the old model will be impressed by the new, more efficient engines available.

New Mazda5 offers a 1.6-litre diesel that offers 54.3mpg and keeps CO2 emissions down to a tax-friendly 138g/km, considerably better than the old model’s 2.0-litre diesel.

However, performance suffers as a consequence, with 0-62mph achievable in a leisurely 13.7 seconds.

A 1.8-litre petrol is offered in base-level TS trim only, which together creates the £17,695 entry model.

The main petrol powerplant is a 2.0-litre, 148bhp unit with stop-start, which will beat the smaller unit on both emissions (159g/km) and combined fuel economy (40.9mpg), according to Mazda’s official figures.

Mazda UK wants 2,500 sales in 2011, with almost two in three of those going to private buyers.