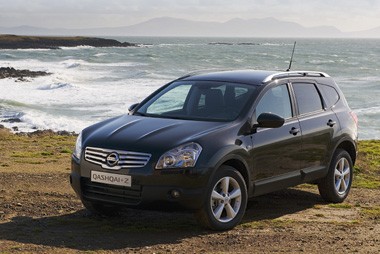 Just 18 months after launching the SUV Qashqai, Nissan is resparking interest in the model by introducing a seven-seat version.

The Qashqai has been quite a success story for Nissan, selling 32,000 units in the UK since its launch in March 2007.

Nissan is hoping the larger model will add 3,200 to that total this year and 9,000 units for its first full year of sales.

While the body of the new Qashqai+2 has been lengthened at the back and the front, Nissan’s engineers have purposely attempted to make it look as similar as possible to the standard model.

Nissan wanted to keep the quirky looks of the standard snub-nosed five-door and is aiming the seven-seat squarely at customers who need the occasional extra space and who are “uninspired by people carriers or estate cars”.

With the current trend of customers trading down for smaller models, Nissan dealers will be able to give buyers the option of two extra seats without going for larger models like the Patrol or Pathfinder.

The two extra seats fold flat and can be easily operated with the familiar pull cord system.

Nissan has made the middle bench of seats slide 240mm to allow easier access to the third row. Small children will be comfortable in the back, but adults will not.

Other changes from the standard Qashqai include new front and rear doors, new tailgate and a reworked grille.

The panoramic roof has also been extended by 140mm on the +2 in order to let some light in for the kids in the third row.

Overall length has been increased by 211mm and roof height has been slightly raised by 38mm, but it’s not really that noticeable when you look at the car.

Despite the increase in size and weight, handling is very similar to the five-door version.

AM tested both petrol and diesel engines at the European launch and both coped well on winding mountain roads and with motorway driving.

The +2 will come in three trims, Visia, Acenta and Tekna, with the mid-range Acenta taking 50% of sales.

Customers will be able to specify four-wheel drive, but Nissan expects only 25% to opt for it.

There’s only 2.0-litre engine variants in petrol and diesel guises available from launch. Diesel and petrol sales are expected to be split 50/50.

Customers will have to wait until January to get the cheaper 1.6-litre petrol and 1.5-litre dCi turbodiesel.