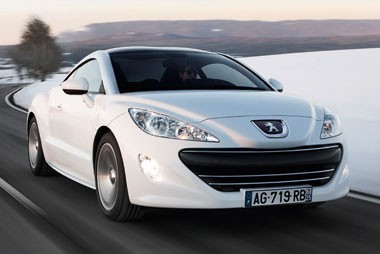 A lot of manufacturers say they are reinventing the wheel with each new model, but Peugeot’s new RCZ really does point at a new era for the French brand.

It’s the first in Peugeot’s hors-série models which is being reserved for cars that offer something a bit
more unusual to its standard volume product.

The RCZ is the first Peugeot in a long time that makes people look twice when they see it on the road and that bodes well for dealers looking for a halo product to bring in new customers.

The design at the front end is still very much the Peugeot of old, but the rear, with its double-bubble roof, is where it gets its character.

The RCZ looks great from the side profile too, drawing obvious comparisons with the Audi TT it was benchmarked against.

The saving alone might not be enough to tempt Audi customers, but it’s a good starting point for customers looking for something a bit more aspirational than their C-segment hatchbacks.

Trim levels will be kept simple with just two to choose from, Sport and GT.

Peugeot admits its going to be tough going against German competition.

It said it was not going to get into a race to create performance models, so the 1.6-litre 200bhp petrol engine, which won’t come to the UK until the summer, will be as fast as it gets for now.

The diesel option is good, but it feels a lot heavier and doesn’t come with the smaller steering wheel which comes with the faster petrol model.

While the RCZ may not be marketed towards performance car enthusiasts, the THP200 version does come with a sport kit to make it sound like one.

Peugeot’s engineers have amplified the engine noise and pumped it directly into the cockpit. It’s actually quite effective when paired with the car’s sporty handling and performance; giving the impression the RCZ is more of a raging beast than it actually is.

Another go-faster feature is the active rear spoiler which pops out at higher speeds to help keep the car pinned to the road.

Customers will get to choose from a lower powered 1.6-litre petrol from launch and a 2.0-litre diesel, both of which come with a six-speed manual transmission.

The French brand is expecting to sell about 2,000 units of the RCZ in the UK in its first year, but retail business could take off following extremely positive reaction to the car in the consumer press.