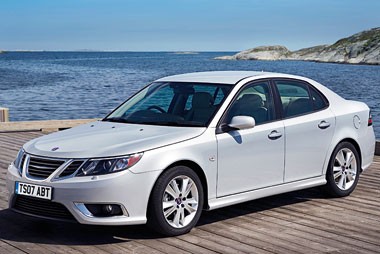 Selling a car labelled BioPower right now must be a considerable challenge for Saab dealers.

As part of the Saab’s environmental sub-brand EcoPower, the bio stands for bioethanol – the fuel the carmaker champions as a means for its green-minded demographic to reduce their carbon footprint. BioPower cars can be run on petrol or biofuel.

The trouble is biofuels have received a battering in the media recently around the environmental impact of their production, plus the number of filling stations supplying the E85 fuel (85% bioethanol, 15% petrol) is tiny – around 20 at the last count.

Dealers located near one have seized the opportunity to make the link in deliberate marketing campaigns around the ability to exploit the championed increase in bhp by 20% and torque by 16% in the 2.0-litre turbo engine in our 9-3, said Saab UK marketing manager David Pugh.

For those without ready access to fuel, dealers have problems, meaning the proportion of BioPower models sold will be “tiny”.

“Dealers should be pushing Saab’s commitment to pursuing and pioneering technologies that limit drivers’ carbon footprints. In the 9-3 we combine technical prowess and commitment to performance with respect for the environment,” Pugh said.

He believes public perception and Government opinion in the UK will turn in favour of bioethanol fuels.

Fuel aside, Saab dealers are expected to emphasise the 9-3’s “user-friendly, easy to live with and operate” nature of the car against key premium competitors BMW 3 Series and Audi A4 and mainstream Ford Mondeo, Vauxhall Insignia and Honda Accord.

The pack is an ideal upsell opportunity since it bundles a lot of attractive equipment together and should be a less complex sell than a traditional option list, said Pugh.

If you do have a local E85 filling station, the Saab BioPower 9-3 1.8t and 2.0t BioPower senses the presence of green juice in the tank and there is a theoretical 50-70% emissions cut, taking into account the green lifecycle of the fuel used.

The beauty of the Saab BioPower is that it can run on E85 or petrol in any proportions, without any adjustment needed by the driver.

Could this be the last time AM runs a road test on a Saab?