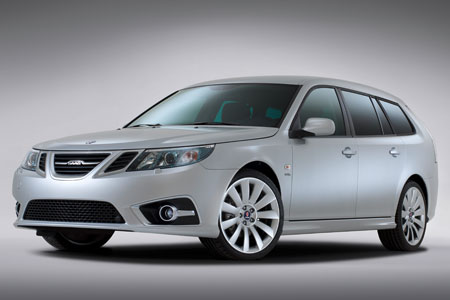 Could this be the last time AM runs a road test on a Saab?

Put the word Saab into Google News and there are 596 articles listed just from the last month, 364 if you narrow the search to just the UK and the headlines are predominantly gloomy.

Is it any wonder that faced with a media barrage of bad news and such comments that market share has fallen 78% year-on-year?

Jeep now has a larger market share and Abarth the same as Saab. Type Saab 9-3 into Google and top of the page is a link to a two years’ free servicing offer on approved used Saabs.

Dealers trying to sell new cars would raise their eyes to the heavens.

The crisis is unfortunate as the cars are of high quality.

The 9-3 is a viable alternative to the German brands that dominate the premium sector, not least of all because with the 177bhp engine you will be driving the most powerful car on the road with zero VED for the first year thanks to sub-120g/km CO2 emissions, allied to a filling station-dodging combined mpg of 62.8mpg.

It is the most popular engine in the SportWagon, with 33% of sales.

9-3 SportWagon sales are actually on the up: 1,053 units YTD compared to 937 in the same period in 2010. Unfortunately, new car stocks are running low as a result of the production stoppage.

SE is the lower of the two trim levels, but it’s not like you feel hard done by not having the Aero.

The 9-3 is due to be replaced next year and while in the ever-shortening lifecycles of cars it could look dated now, the new model will be even more in demand by dealers if the brand is to stand any chance against rival BMW with its new 3 Series due out in February 2012.

Financial uncertainty has left Saab with a lot of ground to cover if it is to get back onto the radar of executive motorists.