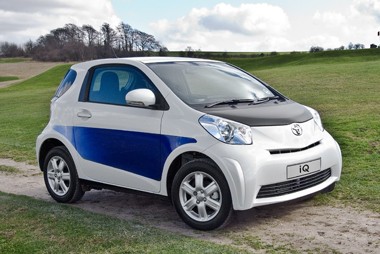 Toyota was criticised by the motoring press for the cost of
its iQ. It’s certainly no cheap city runabout, but Toyota doesn’t aim it to be.

The premium pricing reflects its distinctive character and desirability, and at least the car’s rarity and value will be reflected in its residual values.

The iQ is shorter than the original Mini, is free to tax and should manage up to 70mpg. The engine is nippy enough, but a 1.3-litre version is on the way.

As the majority of customers have been ordering the higher-specification iQ2, which has a £1,000 premium, Toyota clearly knows its customers’ spending power.