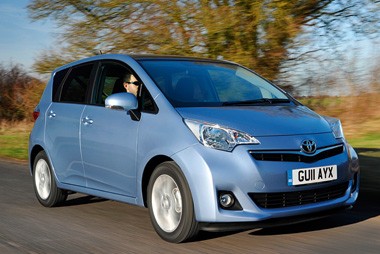 Advances in gasoline engine technology have overtaken diesel to drive the next generation of small cars from Toyota.

Heavy-oil has been dropped in favour of a high-efficiency petrol unit in the new Verso-S model and the trend is set to continue, according to officials at the Japanese company’s UK subsidiary.

“We are seeing a big change in the dynamics as customers continue to downsize.

On the Verso, diesel power fails to break any tax barriers and making it an option could have added an extra £1,000 to the cost of the car in the UK.

“When you consider that the payback would take around 250,000 miles to achieve, it’s just not possible to make a business case to justify the diesel premium,” Toyota GB managing director Jon Williams told AM.

In France, Germany and Italy, Toyota’s latest mini-MPV has the option of a 90bhp, 1.4-litre turbo-diesel that delivers 57mpg with emissions of 113g/km.

But power for British versions is restricted to a 1.3-litre dual VVT-i petrol motor producing 98bhp and returning 51.4mpg with 127g/km missions – figures that are claimed to be best in class.

“We believe the fact that the Verso has the most economical powertrain in a segment that is 70% driven by petrol in the UK means our typical customer would see no benefit from diesel,” he said.

On sale this month, the model marks a return to the segment Toyota helped create more than a decade ago with the Yaris Verso.

Still Yaris based, the revived version is the shortest in its segment yet boasts remarkably roomy passenger space with load capacity ranging from 336 litres behind the rear seat to 1,388 litres with the seats folded.

Significantly, the car introduces a sophisticated multimedia interface to the sector allowing access to audio, Bluetooth, on-board computer and MP3 connectivity via a six-inch colour touch screen and from May, sat-nav will be a £500 option.

Performance is adequate rather than sprightly, but the car handles well and cruises quietly and a £1,000 CVT option lifts economy to 54.3mpg with 120g/km emissions.