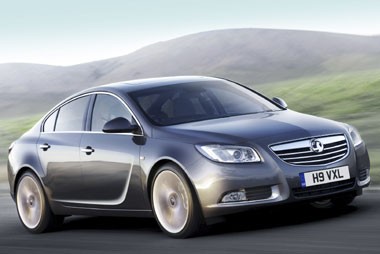 Want to really impress prospective Insignia buyers? Take them on a test drive at night.

Vauxhall has thrown all its technological and design know-how at the Insignia in an attempt to move it towards premium and make it attractive to drivers of Audi A4s and BMW 3 Series, the main conquest targets.

But the key to Insignia’s premium aspirations is its use of the
latest technology.

They have nine light functions that adjust to road and weather conditions. The full beam activates automatically and de-activates to oncoming traffic or in well-lit areas.

It’s impressive and buyers need to see the lights in action to fully appreciate the technology. Hence the twilight drive.

Intelligent Adaptive Forward Lighting, standard on Elite trim or an £850 option, is one of four USPs Vauxhall is encouraging dealers to focus on. The others are FlexRide, Adaptive 4x4 and the front camera system.

FlexRide enables drivers to select a relaxed tour setting or a firmer sport suspension set up by pressing a button.

Available as an option from spring, the front camera sits on the rear view mirror and acts as a lane departure warning and speed sign recognition which is highlighted on the dashboard.

That’s four USPs; four positives to impress potential buyers. On the downside, headroom for adult rear passengers is poor, the centre console is too busy and the wood effect on the SE trim is a bit ugly.

Dealers can expect the most popular model to be the hatchback 1.8-litre in either Exclusive or SRi trim.

They can also expect to see a change in the customer base. Primary targets for the Insignia marketing campaign are 30 to 54-year-old men, married with a family, who are attracted by new technology.

Vectra’s traditional older buyer is the secondary audience.
In spring, the Ecoflex version is launched.

In summer, dealers will take the 1.6-litre turbo petrol, which has power output equivalent to the Vectra’s 2.0-litre engine, and the 187bhp 2.0-litre bi-turbo diesel.

Pricing starts at £15,935. In most trim cases, the Insignia costs around £15 more than the Vectra but is better equipped.

The Insignia is still a fleet car, but with its technology USPs and premium looks and feel, dealers should pick up a lot more retail business.

Is it better than the Mondeo? There’s now little to choose between the two.

Although arguably not quite as involving to drive as the Mondeo, the car rides flat and it clings to the road, particularly with the 4x4 running gear.

It’s hard to unsettle, even in the softer tour mode.

The sport function means a firmer ride but drivers can push even harder.

There’s not quite as much grip in the two-wheel drive models, but they are still poised under enthusiastic driving with very little oversteer. Handling is accurate and direct.

Of the two engines tested, the pick (mostly due to its favourable fuel economy and emissions) is the 158bhp 2.0-litre diesel. It’s refined, but quick.

The 2.0-litre turbo petrol is also impressive – and very swift. Fuel economy only just sneaks above 30mpg, however.