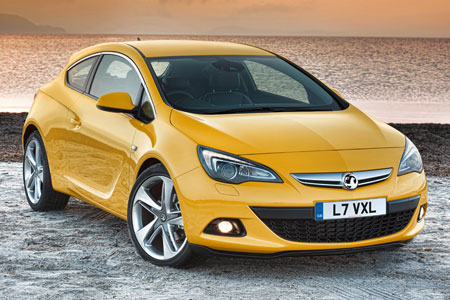 Like the Astra SportHatch before it, the new GTC is targeting compact coupé rivals rather than being a three-door version of the prolific Astra hatchback.

Vauxhall wants to target Volkswagen Scirocco and Renault Megane Coupé drivers and even believes it could tempt some away from three door versions of the Audi A3 and BMW 1 Series.

It might seem a tough task for a car with a volume badge, but the old Astra SportHatch was no stranger to the top of the coupés sales tables.

As well as extensive differences to the

suspension set-up compared to other Astra models, UK versions of the GTC have steering tuned specifically for our roads.

The GTC has also been tuned for the worst rutted and broken surfaces, even with its optional 19- and 20-inch wheels (18-inch wheels are standard).

All but the 1.6T are available with stop/start technology.
While the ride is as firm as you might expect in a racy looking coupé, it’s not exceptionally harsh.

For those who believe they can feel the difference in electronic damping systems, FlexRide is available as an option and this has a ‘comfort’ setting.

Extra length and a sophisticated design give the new Zafira added versatility.

AM Poll
Are video appointments a better use of sales executives' time than face to face appointments? Please leave a comment.
Vote
View all
2393