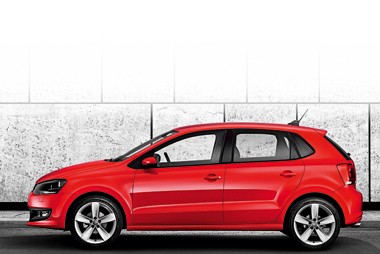 Volkswagen is planning its boldest bid yet to attract younger buyers when next-generation examples of the Polo arrive in the showrooms.

It wants to win the attention the under-35s by offering a ‘zingy’ special alternative mid-range version of the supermini at no extra cost.

Called Mode, it will be based on the Polo SE, but will boast iPod connectivity, tinted windows, foglamps and unique design alloy wheels instead of air conditioning.

“We have used sport variants in the past to widen the appeal of the Polo but we feel we now need a more specific model to attack this market sector. We believe the regular car sets new style standards but think this version is even better,” Sally Norris, Volkswagen UK product manager told AM at the media launch in Sardinia.

Available from October in five-door form, the Polo will cost from around £9,000 in 1.2-litre base form. At around £11,300, the Mode will have price parity with the SE which is expected to be the best-selling version and account for 13% of next year’s 38,000 target.

Three-door versions of the car, expected to account for 40% of registrations, will become available at the end of the year and with SEL badging, the top Polo is likely to cost up to £14,000.
“We intend to be competitive with the Fiesta and Corsa – particularly at entry level.

“Our prices will be keener than expected,” said Norris.
Longer, lower and wider, the fifth-generation model boasts increased head, shoulder and legroom with attractive styling hinting at the Scirocco.

Seven-speed automatic DSG transmission will also be on offer and a 74bhp, three-cylinder 1.2-litre engine with automatic stop-start technology, regenerative braking, revised gearing, lowered suspension and low-resistance tyres will allow the next
BlueMotion version to boast 85.5mpg with 87g/km emissions when it arrives next year.

SE versions are expected to account for more than half of all Polo registrations and Volkswagen expects 30% of them to be powered by 1.2-litre engines that are claimed to return 15% improved economy.

With four airbags and electronic anti-skid technology fitted for the first time, the new range promises greater safety and has a new head restraint system as standard.

High-grade plastic and aluminium detailing give an upmarket air and adequate leg and headroom for six-footers make it a viable alternative for drivers looking to downsize.

Auto Express
No model in the class comes close to offering such a truly premium experience in a small package.

Car magazine
The new Volkwagen Polo isn’t perfect, but it’s an impressive step forward from a model that was well past its sell-by date.