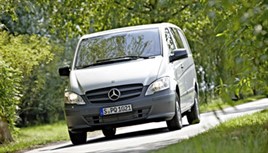 On Thursday 21st February the OFT announced that Mercedes Benz and three of its CV dealers had been fined £2.6 million after admitting infringing competition law. The transgressions apparently varied in nature but ‘market sharing, price coordination or exchange of commercially sensitive information’ were all allegedly involved.

The arrest of the then managing director of Mercedes Benz UK’s truck division Ian Jones (later released without charge) in September 2010 following a raid on the Milton Keynes offices sent shockwaves through the industry. To understand the implicit threat that dealers in particular may have felt at the time – and following this latest judgement – one needs to understand the culture that they have traditionally operated within.

Commercial vehicle dealers, both light and heavy, have traditionally been managed and operated by an ‘old guard’ demographic  who, unlike their passenger car peers, have brand and dealer loyalty often extending back decades.  By its very nature this created an old boys’ network where mutual but unwritten understandings have been developed, cultivated and maintained over the years. This method of working was, prior to regulation, actively encouraged by financially incentivising dealers when selling to a customer within that dealer’s designated marketing territory. The temptation to ‘bend’ these agreements when under pressure would lead to the angry phone call from one dealer principal to another accusing the transgressor of ‘poaching’, either by actively canvassing ‘in my patch’ or - far worse - aggressively discounting so that the home dealer was forced to slash his own margin to avoid losing the deal.

(Back in the late eighties / early nineties one young(ish) van salesman (who will remain nameless) decided to make a name for himself by aggressively targeting municipal business throughout the UK. Being based in Yorkshire proved to be no hindrance once margins were scrapped for tactical reasons and vans were delivered to council yards as far apart as Scotland and Cornwall. The writer can reliably confirm that the telephone calls received as a result of this activity were not particularly pleasant in nature.)

As a result, even after legislation, these unwritten understandings between dealers (allegedly!) continued and a culture of ‘not in my back yard’ remained. A cynic, particularly in light of the outcome of the Mercedes judgement, may conclude that agreements could have regularly extended further than this despite regulation and successfully kept under the radar.

These practices were seen as necessary for survival. Van dealers aren’t like the bankers who played fast and loose with our best financial interests for the sake of their bonuses and balance sheets. Despite the layman’s assumption that dealers operate on healthy margins for new commercial vehicles, often the opposite is true. Competing for business in a very challenging economic environment where genuine sales leads are meagre and you have to fight off rival manufacturers, means returns are often negligible. This leads to sales managers all over the country regularly having uncomfortable conversations with their dealer principals. This is the way of the world.

Any threat to this fine equilibrium from outside legislative forces will be viewed with derision by some of those involved in selling vans and trucks. But, regardless of the extent to which collusive activity may or may not still occur, the signals sent out by the fines imposed last week will make uneasy reading for many.

This blog originally appeared at www.cap.co.uk