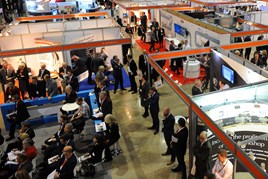 The event, at ArenaMK in Milton Keynes, featured more than 60 exhibitors, large and small, plus eight dealer masterclasses and six expert F&I speakers, bringing members of the industry together to network and share best practice.

The National Franchised Dealers Association (NFDA) backed the event, and its new chairman, Mark Squires, presented the results of its latest insights into consumer attitudes towards independent garages and manufacturer-approved repair networks.

“We are planning to create even stronger features and partnerships for the 2017 event to grow the audience in line with a larger exhibitor base. We have some exciting new features now in discussion and development ready to share with exhibiting companies next year.”

NFDA: 'We are on a mission to sell the franchised network' 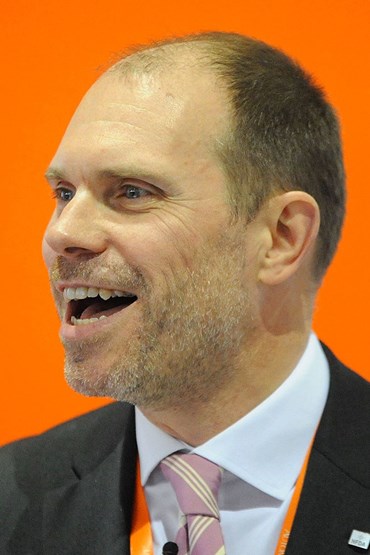 NFDA chairman Mark Squires told franchised dealers attending Automotive Management Live that he was on a mission to sell the franchised network on its strengths, as he revealed the findings of the NFDA Consumer Attitude Survey.

Squires highlighted results of the survey that exposed the differences between the aftersales service offered by the franchised network, independent operators and fast fits. He said it demonstrated how many consumers rated franchised retailers highly, despite generally held perceptions that they were the less convenient and more expensive option.

He said: “Why does the NFDA feel it is its business to be involved in commissioning consumer research?”

“There are negative perceptions of us in the marketplace, but do we do enough to challenge that and put the record straight, making clear all the things we do offer?

“That’s our mission. It’s a mission that will take us many years, I’m sure, but these are early small steps in that approach.”

The NFDA’s survey was carried out by Public Knowledge, which interviewed 1,000 motorists about their experiences of the aftersales sector.

Convenience and cost emerged as key elements, with 71% of respondents describing convenience as a retailer having ‘appointments available at a time that suits you’, while 53% wanted to use a workshop ‘local to my home or workplace’.

Squires said all service providers are now expected to provide while-you-wait services, but noted the significantly higher positive experience of while-you-wait (WYW) services among consumers who use a franchised dealership.

Consumers who had previously used a WYW service said they would be willing to wait up to one hour and 14 minutes for their service, including a vehicle health check (VHC) and a wash and vac.

Those who had never used a WYW service expected to wait an average of 49 minutes, however.

He said: “Our survey shows that, on average, the independent garage was just £12 cheaper than the franchised dealer for a service.

“The non-franchised chain is actually more expensive than the franchised dealer, despite being deemed the best value by our respondents’ expectations.

“What clearer evidence do we need of the perception of value for money offered by our rivals?”

Independent aftersales providers did lead the way in terms of customer satisfaction, the NFDA’s survey found.

Of those surveyed, 90% of customers were satisfied with their last experience at an independent garage, compared with 85% for a franchised dealer customer and 78% for those using non-franchised national chains.

The survey said those who regularly use a franchised dealer are likely to be impressed. It found that 90% of people who have used a franchised dealership in the past two years were satisfied with their service, compared with the 85% who refer only to their last experience.

Squires said the early findings of the Consumer Attitude Survey, which will be carried out twice a year with an expanding range of questions, give dealers something to work with.

He said: “These results give a real insight into where we are in the sector.

“It gives us the chance to pinpoint the areas where we can differentiate ourselves from our rivals and really sell our strengths.”