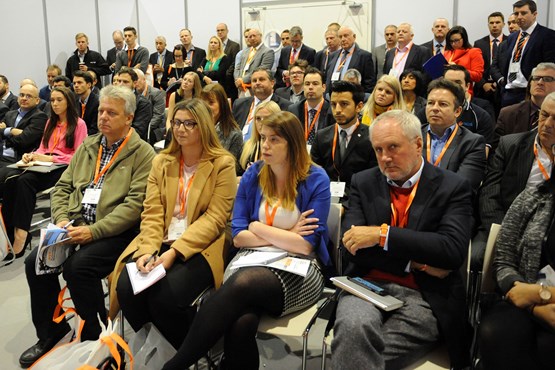 What will burst the PCP bubble?

PCPs have sustained a resurgence in the new and used car markets, but attendees were warned that the UK leaving the EU or renewed focus on consumer credit could end that.

Jerry Page, group F&I director at Mercedes-Benz Retail, called PCPs “the biggest single success story in motor finance over the past 10 years” and the catalyst behind double-digit growth in the finance market over the past year.

However, Page warned that the effects of Brexit or the yet-to-be fully felt force of the Financial Conduct Authority (FCA) could change that.

Andrew Smith, managing director of the Consumer Credit Advisory Service, also warned that the FCA could be about to get tougher on dealers.

On Brexit, Page questioned the mechanics of a finance model that places such a heavy reliance on steady residual values.

He said: “What is the total loan value in the market of PCP? There is no one place we can go to find out, but it is huge.”

He said an economy without shocks is more likely to be able to sustain that loan value, but that if “anyone assumes that Brexit won’t produce inhospitable trading conditions, expensive finance and consumers who don’t want to buy again, they may be in for a surprise.

“The dangers are really the adjustment in values – if the RV rate on those 5,000 white Fiestas coming back into the market at the same time suddenly impacts prices with a 5% drop, that’s a big hole – and those who come back to buy again just cannot afford to go into another contract.”

Page also suggested the FCA could pay closer scrutiny to how PCPs are sold, and not just the commission that dealers make on the deal: “The FCA has to show some scalps and the fact that there are no severed dripping heads on spikes outside their offices does not mean that they are necessarily finished with it.”

Vulnerable customers – such as foreign buyers with limited English – could be one area of FCA focus.

Page said questions would be asked as to why 90% of contracts sold have a 10,000 mile-a-year average mileage allowance and why many incentives are available on PCP deals only.

He said: “I think that we are likely to see a greater emphasis on transparency. For now, perhaps it’s worth thinking about whether you, as a dealer, could explain these things if the FCA came knocking.”

Smith made it clear that every stage of the sales transaction should be evidenced in case the FCA calls.

“If you can’t prove it, it  simply doesn’t happen in their eyes, it’s as simple as that.”

He highlighted the need for retailers to be able to evidence a structured approach to selling products – filing evidence in customer folders which document each sale end-to-end – as well as a regulatory business plan and a process to regularly review and address customer complaints.

He said training should be provided to sales staff to ensure that they exercise due diligence when selling PCP and PCH finance plans, ensuring that they question whey someone with a commute of 50 miles wants a 6,000-mile-a-year plan.

Smith said: “You have to ensure that you do not lead them into something that’s to their detriment.

“With the right evidence of the sales transaction, no complaint can be upheld, but that evidence has to have been recorded in the first place.”

The Financial Conduct Authority (FCA) is considering including elements of the Consumer Credit Act (CCA) in its CONC handbook by 2019 and has called for industry input on its plans.

The FCA’s aim is to ensure that the consumer knows the terms of their agreement and has an adequate explanation, said Russell Kelsall, partner at law firm TLT’s financial services regulation team.

Among the elements of CCA not currently in the FCA handbook, he outlined pre-contractual information, the form and content of regulated credit hire agreements, points around ‘deemed agency’ – which could raise questions of whether the dealer is acting as the customer’s agent or the lender’s agent – and the consumer’s S75 CCA right to claim against their credit card provider if they have used it to pay in part or in full.

The FCA may also look at voluntary terminations, which are on the increase, and the consumer’s right to withdraw from the credit.

If such aspects are pulled into the handbook, there are implications. “By moving these across from CCA to CONC, it will give consumers lots more opportunities to make lots more complaints about what you do or don’t do,” said Kelsall.

Dealers need to ensure what their staff tell their customers is correct, clear and fair, because a breach of CONC will make the credit agreement unenforceable. Commission should also be disclosed.

In comparison, currently CCA aspects do not have a sanction, unless there are specific provisions in the act.

“The FCA is looking very carefully at the motor industry. In 2014, they classified the motor industry as low-risk. Now they think there is significant risks,” he said. “You ain’t seen nothing yet, there’s plenty more to come.”

Sales executives need to increase their skills to shrug-off a “computer says no” mindset brought on by an over-reliance on FCA-compliant F&I sales systems, according to financial training experts.

Specialists from Alphera Financial Services made the case for training staff properly and empowering them to sell products in a more tailored and compliant fashion.

Richard Penny, product training manager, and Nick Hunt, head of product training, explained the need for sales executives to allow customers to visualise, hear and feel their way around F&I products before they make an informed choice on the best package for them.

Penny said sales executives without the proper training can rely too heavily on dealer F&I sales tools rather than employing their knowledge and a more personal approach to sales.

“The difficulty is that sales executives are using these systems as a bit of a crutch and a selling tool,” he said.

“The end result is that they are losing the art of selling F&I effectively. It can build the ‘computer says no’ environment.”

Avoid the risks of ‘unfair practices’

The Financial Conduct Authority (FCA)has focused on risk management within consumer credit this year. That means it is interested in affordability, arrears and incentives.

“If you get it wrong, the level of financial penalties is catastrophic,” said Jonathan Rogers, partner in Taylor Wessing’s Financial Services Regulatory Group.

Some payday lenders have already been told they cannot collect on their loans. In September, CFO Lending was ordered to pay back £34 million to 91,000 customers for “unfair practices” – it had not verified affordability before signing borrowers up to continuous monthly repayments, and it issued threatening letters, according to the FCA.

That case could be a signal for dealers and finance houses to consider their processes for checking affordability, for contacting customers, for enabling customers to decide to voluntarily surrender and give the car back.

Rogers said things can come back to haunt companies – payday lender Wonga was fined for unfair practices in 2012, two years before the FCA took responsibility for consumer credit.

Dangers for dealers include fines and brand damage, and the FCA can make it difficult to sell a business if it has compliance issues. Directors can also be fined personally.

Alan Lewis, national dealer development at Car Care Plan said car buyers make 10,000 Google searches a month for GAP insurance, a clear indication of interest. However, he said GAP products differ, and dealers should consider what they offer and how.

He urged dealers to consider how they treat customers fairly, and whether this should include how their GAP supplier reviews its products

regularly. He questioned how the FCA would view restrictions to market value or Glass’s Guide and the deadlines for making a claim.

“The market is full of these deferred conflicts,” he said. “Online providers are creating more competition for GAP, and dealers ought to ensure they have the best, competitive products.

“If you explain properly, engage properly and provide the regulatory advice properly, you will get sales,” said Lewis.