How to run an effective digital department 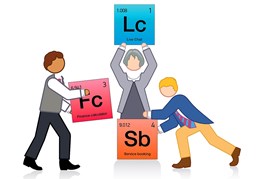 As dealer groups continue to offer a ‘clicks-and-bricks’ approach to automotive retail, the teams behind the digital marketing departments are becoming increasingly important in staying ahead of the competition.

Digital operations are so intrinsically linked with marketing that, more often than not, they are classed under the same umbrella and retailers are expanding teams, often recruiting from outside the industry.

But a linked-up approach, which sees dealer-level involvement in social media, means all employees are becoming part of the online process as the industry begins to move with the times.

Graeme Kerr, Lookers head of digital marketing, said his first impression of the automotive retail industry was that it was lagging behind other sectors when he joined the top five AM100 group almost two years ago, having worked as an SEO specialist and setting up his own digital consultancy. However, he said: “The gap is certainly closing.”

Kerr leads a team of 11, most of whom do not have an automotive background. They range from search engine optimisation (SEO) and pay-per-click (PPC) specialists, to those who can generate editorial-style content.

The members of her eight-strong team specialise in PR, social media, video production and web content and she employs digital sales executives in each showroom, who report in to their respective general managers.

Ian Godbold, marketing and CRM director at Cambria Automobiles for the past seven years, has grown his team from two in 2006 to five now, but has kept much of his digital operation in-house. The team includes a marketing manager, head of content, head of web specialists and a CRM and database manager.

Cambria introduced web specialists in each dealership about four years ago. Godbold said: “General managers and sales managers might not have the time to keep on top of what the latest trends are or how things are changing in the digital world.

“The web specialists can keep educating the general managers on a daily basis, while feeding back to the central digital team.”

Web specialists have a set of KPIs linked to content generation, in the form of SEO-friendly blogs, as well as management of social media channels. The goal is for at least two pieces of original content each week and at least 10 social media posts.

The web specialists also ensure that vehicles are advertised online with 20 photos and video.

Having an internal resource for digital marketing wasn’t always the case at Lookers and Kerr was brought in to replace the previous set-up, which saw the group’s PPC and SEO operations outsourced.

Kerr said: “The company needed something embedded and aligned more closely to exactly what it wanted, and with our own internal staff we can achieve that.”

Web development is still outsourced, but Kerr said the dealer group has a six-year relationship with GForces, which provides 24/7 support.

“Social advertising isn’t fully established yet and we’re monitoring it, but I think it has the potential to grow” Ian Godbold, Cambria Automobiles

Cambria also outsources its website development to a third party, but Godbold said it is not treated like “just another client”, adding: “The relationship allows Cambria to be very quick, nimble and flexible.”

Cambria has a six-month roadmap for its portfolio of websites representing the Grange, Dees, Invicta Motors, Doves and Motorparks brands.

Rather than paying for web development on a monthly basis, Godbold maps out functionality and improvements and the supplier will then pitch work to fit the brief.

Getting a return on social media

Dealer groups are increasingly looking at putting a portion of their marketing spend into social media and for Kerr, it’s an important part of the business.

He said: “It helps with social proof, but it’s more about brand reputation rather than solid sales leads.”

Lookers has a budget for social ad spend, with Facebook offering targeted advertising and marketing at a fairly low cost and LinkedIn beginning to play a role.

At Cambria, Godbold said he is starting to see a shift from social media being used for reputation management to the possibility of some more tangible measurement of return on investment.

He said: “There’s never really been a proven ROI on social media and we know it’s the right thing to do, but proving that return has historically been difficult.”

He said: “We make sure we treat those leads that come through social channels with the same strength as telephone, email or walk-in.

“It’s really important that if a customer chooses to speak to us, no matter what channel it might be, we need to be speaking back to them in the method they prefer.”

Websites of the future

Lookers is monitoring the market to see where direct online sales may lie in the future of automotive retail. 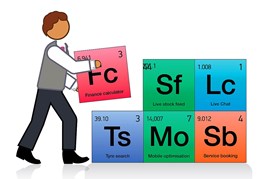 Kerr believes the answers will always be in giving customers choice.

He said: “Consumers now expect to access a lot more information online and that’s something we aim to do.

“There will still be customers who want to come in and talk to someone, but there will be others that will be comfortable just interacting online and we have to provide a joined-up way to offer that.”

As for the future of digital in automotive, Kerr believes its importance is only going to grow – a feelings shared by his employers.

He said: “The importance of digital to the business means that it’s much easier to go into a meeting with an idea and ask for investment for a project and have that buy-in from the top.”