How are motor retailers coping under SMCR? 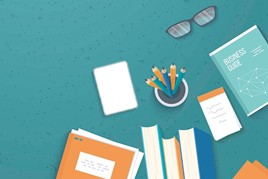 Automotive retailers across the UK are now less than a month into a new regulatory regime that will formally hold senior managers to account for work they do around offering finance to customers.

It tasks dealerships with identifying members of staff responsible for finance, detailing what they should be accountable for and introducing annual checks to make sure staff are properly trained for the roles they do. Under the SMCR, all this needs to be recorded and evidenced.

As Jonathan Davidson, the FCA’s executive director of supervision – retail and authorisations, put it: “SMCR is very simple, but its effects are radical. They are going to shift the culture of financial services.”

Davidson predicts two main outcomes from the SMCR. One is that every individual in financial services who interacts with a finance customer holds themselves to a standard for their behaviour, which is not just “box ticking”.

The second is that leaders of a business involved with finance make themselves personally accountable to face financial penalties should gross failings be found, but they also take responsibility for leading a culture that puts consumers before finance profits.

Although the SMCR is new to the automotive and consumer credit industry, it has applied to banks since March 7, 2016, and to financial institutions regulated by both the FCA and Prudential Regulation Authority (PRA) since December 2018.

Spencer Halil, the director of Alphera Financial Services, said his business had been working with dealer customers for some time on preparing for the SMCR.

He said he was confident the dealers he worked with were ready, but he did say there were variations in the level of urgency with which the wider industry had prepared.

He said: “That view on compliance may have been more the norm years ago, but it’s not what I see with who I deal with. We don’t see anything in what the FCA is asking businesses to do as overly bureaucratic.”

Halil described the SMCR as a universal high standard that encourages people to keep doing their job well.

He said: “If you go through the SMCR process and you’re finding that you have a lot to do to comply, that should be a red flag that perhaps your business hasn’t been set up as it should have been.

How businesses have prepared for the SMCR

Julie Pardy, the director of regulation and market engagement at WorkSmart, said businesses preparing for the SMCR have generally put together project teams made up from different parts of the business including finance, compliance, risk and HR.

Retailers should consult the FCA’s online guidance (www.fca.org.uk/publication/policy/guide-for-fca-solo-regulated-firms.pdf) to determine their SMCR company type: limited scope; core; or enhanced. Big lenders will be termed as enhanced, while Halil said it is likely that the majority of automotive retailers would be classed as core.

Enhanced businesses are those that have general annual revenue generated by regulated consumer credit lending of £100 million or more, calculated as a three-year rolling average.

Pardy said the first thing to determine under the new regime is who will be carrying out a senior manager function (SMF). These individuals could be chief executives or finance directors.

The number of SMFs or people identified will vary depending on the size of the business and its corporate structure.

For example, larger businesses would be expected to have more SMFs than a single-site operation.

Once those SMFs have been identified, the senior managers then need to consider a set of prescribed responsibilities that have been defined by the FCA.

Each senior manager then needs to have a statement of responsibility that sets out their role and responsibilities within the company.

Pardy said a statement of responsibility (SOR) should not be like a job role description, but should just focus on what an SMF is accountable for in the business in relation to finance. The SOR must also be updated if any job roles change. Pardy said this is a legal requirement.

Enhanced companies also have to produce a ‘responsibility map’. This needs to be a clear and practical document with key information about governance, senior managers and their responsibilities.

The certification element of SMCR means dealers need to prove that the people in senior roles responsible for finance below SMF level – such as heads of finance, dealer principals, general managers or business managers – are fit and proper to do their job. This has to be done at least once a year.

The number of staff who fall within the scope of this certification element is down to the dealership or group.

Pardy said: “The logic for the decisions on who is identified as certified should also be clearly documented and explained.”

Halil said reviewing competencies should be done as regularly as every quarter with one-to-one interviews and these reviews should be formally documented.

The FCA has not mandated a specific level of accreditation for certified people under the SMCR. However, Halil thinks this is a vote of confidence from the FCA that the industry is already doing a good job with things such as the Finance and Leasing Association’s (FLA) Specialist Automotive Finance Advanced (SAAF) qualification and the IMI’s Finance & Insurance accreditation programme.

The SMCR also brings with it some conduct standards, which all staff at the dealership with roles related to finance are expected to follow.

Pardy said: “By applying the conduct roles to a wide range of staff, the FCA is aiming to improve the level of awareness and accountability around finance across the whole business.

“Conduct rules will apply to all employees that handle finance or are linked to it.”

There are two tiers. The first set of rules applies to the majority. In the FCA’s words: “You must act with integrity, you must act with due care, skill and diligence, you must be open and cooperative with regulators, you must treat customers fairly and
you must observe proper standards of market conduct.”

The second tier is for senior managers. These focus on senior managers being responsible for making sure the business is being controlled effectively, having
effective delegation procedures in place and disclosing any information that
regulators would expect to receive.

The FCA can impose fines and even custodial sentences for serious breaches of the rules imposed by the SMCR.

The banking industry saw the FCA’s teeth on the SMCR in May 2018 when Barclays’ chief executive James Staley was fined more than £600,000.

It was the first case brought by the FCA and Prudential Regulation Authority (PRA) under the SMCR.

The investigation found Staley made “serious errors of judgement”. While he made no personal gain in this instance, both regulators viewed his misconduct as sufficiently serious for each to impose a penalty of 10% of Staley’s relevant annual income.

Halil said dealers shouldn’t get hung up on the personal accountability element of the SMCR.

He said: “If you have this SMCR process in place and you’re identifying gaps or issues and you’re addressing them, I don’t think the FCA is going to throw the book at you.

“It is when there is a culture of neglect or a disregard for compliance where there will be a problem.”