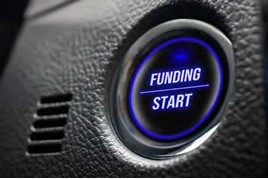 As the Financial Conduct Authority (FCA) ban on all discretionary commission (DiC) models in motor finance approaches, what are the alternatives for automotive
retailers?

The ban, from next January 28, follows consultation in October 2019 which was expected to result in a final decision in Q2, before COVID-19 held-up the FCA’s
decision-making process. Confirmation finally came through in July.

FCA interim chief executive Christopher Woolard said back then: “By banning this type of commission, where brokers are rewarded for charging consumers higher rates, we will increase competition and protect consumers.

“We estimate consumers could save £165 million due to the action we are taking.”

Interestingly, the FCA has deliberately not specified which commission models the industry should use, leaving that up to lenders to decide instead. However, it has suggested moving to risk-based pricing, provided the broker is not incentivised to set or adjust the rate charged.

It could also include banded flat-fee models. Commission could also vary dependent on other factors, such as by product or lender.

The FCA will look at finance providers that are introducing alternative commission models and this monitoring and enforcement work will start in September 2021.

This magnifying glass will include looking at what commission models firms are using as an alternative to DiC and the ranges of interest rates and commission earnings.

This includes mystery shops next year to make sure lenders aren’t using a different model to reinstate higher levels of income from motor finance.

The FCA said: “This information should help us assess whether the potential for customer harm remains and, if so, how we address it.”

One industry commentator who preferred not to be named said there are still many lenders that have not yet taken a position on how they are determining the nature of commission and communicating this to dealers.

The commentator told AM: “Many lenders are seeing who moves first as they don’t want to stick their head above the parapet.

“They need to make a decision and communicate because there is only a few months left to implement changes in process for the customer journey in the showroom and digitally.”

MotoNovo Finance chief executive Mark Standish is clear that lenders and dealers have a duty of care to honour the spirit and letter of the FCA policy statement to protect car buyers and the broader dealer finance industry. Standish said: “The dealer finance model needs to be reinvented to meet the FCA’s requirements in full.

“There is no place for body-swerves or gamification that might replicate any part of dealer discretion.

“Such a move would only serve to damage the reputation of dealer finance and encourage damaging claims management company activity.” Standish said the changes required are an opportunity to show the industry’s commitment to business cultures centred on doing the right thing for customers. This principle is also an integral part of the FCA’s Senior Managers & Certification Regime (SMCR) responsibilities for dealership staff and lenders.

SMCR means those responsible for finance in the dealership will be held accountable for any mistakes in process. Standish said: “How we react to the test of embracing, not just the letter, but spirit of the FCA’s policy statement stands to have a big part in the future of dealer finance.”

Risk-based pricing is a method that lenders can use to determine interest rates for car finance based on the applicant’s creditworthiness and risk.

MotoNovo introduced its “priced to risk” MotoRate offering a couple of weeks before the FCA published its policy statement at the end of July and it has been one of the first companies to take a leadership position on the way forward.

The product allows dealers to offer a headline APR interest rate and an opportunity to inform customers that the final pricing is based upon their circumstances with no dealer discretion.

More than 2,000 retailers have now signed up with MotoRate and MotoNovo is reporting that some are seeing a 70% increase in used vehicle finance sales growth year-on-year for those that have switched to risk-based pricing.

Karl Werner, MotoNovo deputy chief executive, said that, while he recognises the used car market has performed well since initial lockdown measures were eased, he is confident the used car finance growth of more than 70% represents a “very significant” improvement in used car finance performance.

Standish made it clear that embracing the FCA’s mandate for change has the potential to be positive. He added: “We see the required FCA changes as a significant opportunity to increase customer trust, finance penetration and income for many dealers.

“The experience over the past three months is that not only has MotoRate taken the traditional friction out of dealer finance, but it has also encouraged dealers to talk openly and positively about another FCA priority – commission disclosure.

“De-mystifying finance and trust-building have to be positives for the future of dealer finance.

“I am open to debate on alternative models, but every alternative must put every customers’ best interests at the forefront of the discussion.”

Tew said: “The lender will be setting the rate. But, at the same time, there will be negotiations between dealer and lender to make sure both parties are happy with that flat rate of commission being earned.”

This would give dealers certainty on finance income vs volume and would almost mirror what may happen with new car sales where dealers are paid a set agency fee per vehicle handover.

It’s likely there will be more alternative finance models too, but, at the moment, most lenders have kept tight-lipped on what these will be or how they will work.

Frank Brown, a managing consultant at financial services regulatory consultants Bovill, told AM that the FCA has not completely outlawed any variation in terms and there still remains a variety of factors that could change the cost of finance for customers and the reward for dealers, like the size of a loan.

However, Brown said that often in financial services, the simpler the model, the safer the proposition. He said: “Every choice added increases the potential risk, and the controls that are needed to guard against it. Dealers should be very clear where their responsibility ends, and the lender’s begins, for the regulated activities being undertaken.

“Too often, intermediaries and underwriters bump along with business-as-usual practices without any clear guidelines or even contractual certainty. Things can be fine, until the FCA comes knocking.”

This is why it will be so important for finance firms to advise and set clear boundaries before dealers have to explain themselves to the FCA next year.

As part of the changes made by the FCA, it has also amended its guidance related to commission disclosure. The FCA said that the guidance clarifies that firms should consider the impact commission could have on a customer’s willingness to transact and that firms should consider whether and how much commission can vary dependent on the lender, product or other permissible factors and tailor their disclosures accordingly.

Tew said the onus is on lenders to instruct how dealers and their systems should handle the new lending models and commission disclosure.

He said that for the physical process in the showroom, as it stands, there won’t be a huge amount of disruption with lenders likely to include a new clause, potentially in bold print which highlights commission disclosure.

Tew personally believes that the FCA regulations around commission disclosure are wooly due to it knowing the potential impact of mandating that every dealer tells each customer as part of the deal how much commission will be earned.

He said: “The insurance and mortgage industry have full commissions disclosure, where customers’ attention is drawn to this aspect audibly during the finance offer.

“It would have been very easy to mandate that every dealer should offer commission details as part of the finance process, but the FCA hasn’t (done this).

“Instead it’s left to the dealer to determine whether the level of commission would impact a consumer’s decision to take a loan. In practice, that’s impossible to know without specifically asking every customer, but that is not what the FCA has mandated.”

Tew described 2021 as “the last chance saloon” for retailers and lenders to prove that the way they are handling commission is fit for purpose.

Tew said: “If the FCA looks at next year and sees large scale misdemeanours, the only option left for the industry will be full commission disclosure.”