Was this article useful?
5 people found this useful
3 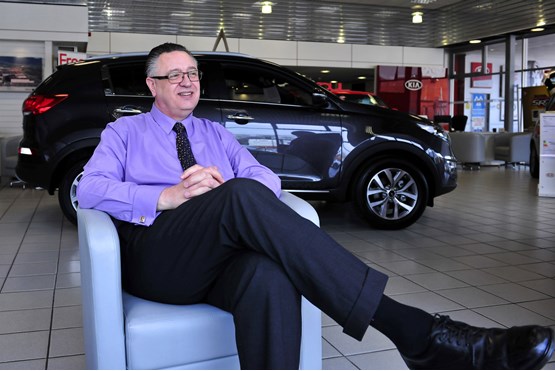 Despite all the talk in the industry about acquisitions and consolidation by the larger dealer groups, there are still plenty of smaller players carving out a successful niche in the UK’s motor retail industry.

Norfolk Motor Group is a case in point, and niche is the operative word. NMG has built its business across four locations in Norwich over the past 46 years on the back of niche, low market share, Asian car brands. Its current portfolio consists of Korean brand Kia, Japanese Suzuki and Chinese Great Wall. However, it has previously represented Daihatsu, SsangYong, Proton, Lotus and TVR.

“The secret of making a success from fairly niche businesses is ultimately you have to have a passion for it and an enthusiasm that possibly exceeds that of the manufacturer.

“Without being disrespectful to any of the franchises we’ve held over the years, there is a disproportionate amount of investment, time and effort to make these products stand out. The national marketing will do its bit, but you have to really stamp your own authority locally, and some might argue that the NMG brand is stronger here than some of those national brands,” said managing director Grant Long. 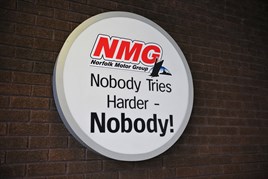 “Then it’s really a case of customer loyalty and retention, which all sounds very clichéd, but when we have a 30ft long sign on a building saying ‘Nobody tries harder than NMG...Nobody!’, we have to live to that ethos. And that really has been the mission statement of Norfolk Motor Company for as long as it’s been in existence.”

That ethos was put in place by NMG’s founder and chairman John Hewitt, who started the business in 1969 as an all-makes used car operation, and several years later, being close friends with Colin Chapman, opened a 60-car Lotus dealership. Hewitt became known locally for having his picture in the local newspapers with keys in his hands, promising that if any car sold wasn’t as described he would give them their money back.

“That is how we built up our loyalty, we have tried to go the extra mile and we’ve always put ourselves in the firing line,” said Long, who heads the business day-to-day. Hewitt is now retired and lives overseas, but Hewitt’s children, Sara and Paul, are executive directors in the group.

“We are all very hands-on and try to live to that ethos. If you don’t, customers will soon tell you and these days we are monitored, measured, reviewed and it’s all transparent, it’s on our own website, and on the franchise websites.”

NMG has run its own mystery shopping programme and customer satisfaction surveys since before manufacturers began mandating them. Mirror hangers with feedback forms come back to Long personally and he marks them with a red pen before passing them to the relevant line managers.

In 2013, the group joined JudgeService and its data shows 96-97% of customers would recommend NMG. Many are on their seventh or eighth car from the group, and NMG teams have sold to multiple members of families based on recommendations. Long said good customer service is “all about the meet and greet”. NMG is definitely not a high-pressure, hard-sell environment, and its staff are expected to get up from the desk and offer help, to try to build a warm and friendly relationship with the customer on first name terms, rather than drive them through “a processing system” designed to win a sale.

“We’ve broken down some of the barriers, we’re not as formal as some places,” he said. “If a consumer is looking for the confidence-builders, the knowledge that Norfolk Motor Group has been here for 40-odd years and has a strong local reputation gets us so far, but they still have to come in and meet our people. If they don’t like our people then it’s all over, isn’t it?”

Achieving strong customer satisfaction in the face of franchise transformation is a testament to NMG’s abilities and customer loyalty. Representing niche brands that are on the up can bring new challenges. The group has been with Suzuki since 1982, and with Kia since 1999, at times when both were focused on low-cost, cheaply built new cars. Now that both brands’ product quality and design have improved significantly, with higher prices as a result, there is a risk of leaving some customers behind.

“There are only so many walk-throughs that a typical customer can make because their disposable incomes don’t suddenly climb to match,” Long said.

“You either shift them into a late-plate car or face losing them to a new kid on the block, like Dacia. In our franchises’ favour, however, the cars have come on in leaps and bounds, and there’s so much demand for the used cars.”

That demand led NMG to decide in 2013 to move non-Kia used cars off the forecourt at its headquarters location, which houses its Kia showroom, but also a multi-franchise aftersales workshop, on Norwich’s ring road at Mile Cross Lane.

Its second dealership, representing Suzuki, is nearby on the same road and retails used cars of all makes under the NMG Family Car Centre brand, due to a shortage of used Suzukis. A third site, further along the Norwich ring road, is home to its Great Wall and all-makes 4x4 centre, and a fourth location nearby is home to a solus MoT test centre and used cars.

The group is focused on retailing the part-exchanges it takes in wherever possible and these form a steady supply of stock for NMG’s forecourts.

In addition, it uses a very experienced buyer for the group, who sources cars from other traders, Motability, and from manufacturers when possible. To ensure he buys the right quality, retailable cars, he has no basic salary and only gets paid when the car is retailed.

Long, and Hewitt before him, are determined to show employees that talent and hard work in motor retail can bring rewards and career progression.

Hewitt began his career on Vauxhall’s production line at Luton, and moved into motor retail as a valeter for a local dealer before ultimately starting his own business. Long sold encyclopedias door-to-door in Germany for 10 years before returning to the UK and joining a Mazda dealership in Norwich, then working his way through the industry, including a period training dealers for Trevor Jones, and becoming NMG’s managing director.

NMG supports staff with extensive training, both manufacturer-supplied and independently sourced. It has trained several young people who’ve been awarded apprentice of the year by Kia and Suzuki.

It trained the first service adviser in the UK to achieve Kia’s platinum standard and has several sales staff at gold standard.

A downside to this focus on staff development is that NMG has become known as a training ground for the Norwich motor trade, Long said. A considerable number of former employees trained from scratch are now sales managers and senior managers at other dealerships locally, and one rival group continues to target NMG’s best staff. Long takes a pragmatic view that some salespeople are always drawn by the chance to take a BMW, Mercedes or Volkswagen home at night instead of a Kia or a Suzuki, and he still believes investing in NMG’s people is the right thing to do.

Notwithstanding those employees tempted elsewhere, NMG’s stability and separation index shows staff retention is about 85%. Every December, Long holds a staff awards ceremony, which rewards people for long service in five-year increments and for exceptional customer service. He issues press releases to the local media and to NMG’s website to share their achievements with customers. The group has five employees who have stayed past their official retirement age.

Taking on the fast-fits with six-day opening

Having strong relationships with staff can help when the business needs to change. In early 2014, NMG decided to reject the franchised dealer norm of shutting the workshop at midday on Saturdays and extended it to offer a full six-day working week in routine servicing, MoT and parts sales. It was partly driven by growth in the Kia franchise, where aftersales capacity has become a network-wide issue.

However, with NMG’s strong customer loyalty and long success in selling service plans, Long had been considering it for some time and had discussed it during recruitment interviews over the previous five years. NMG added two extra ramps, recruited additional service advisers and changed the working pattern of technical and parts staff to adopt a new, more flexible rota which sees them work one Saturday in three and get the following Friday off. Long is generally in the dealership by 7.30am each weekday and works two Saturdays a month too.

He said dealer servicing cannot stand still. “We’re all under threat from the fast-fits and independents. They’re all open seven days a week and the Block Exemption changes are such that some of the protection the franchised motor trade enjoyed in its old days has long gone.

“The reality is that from a franchise point of view it’s easy for us to carry out routine servicing on a Saturday afternoon because we’re holding the parts anyway. Doing non-franchise work is a bit more tricky because the other garages are closed and we can’t get the parts unless you’ve pre-planned exactly what you’ll need, which is difficult.”

What does the future hold for NMG? Long said Hewitt built the group as a legacy for his children and grandchildren and it will continue carving out its niche. In the shorter term, Long wants NMG’s profitability to improve to 2% RoS.

“It’s getting more and more difficult for smaller dealers like ourselves to tough it out in these market conditions against the big groups, but we’re extremely well resourced and funded, we’ve no debt and we own all our own property,” said Long.

In fact, Hewitt owns several other motor retail properties across Norwich, which are leased to occupants, so there are options should the group want to, or be required by a manufacturer to, expand in the longer term.

Kia is certainly looking for more growth, and Suzuki remains strong in retail despite rationalising its model range. Great Wall, promised as a three-car franchise, but still with only one vehicle, Steed, in its line-up, is still hoping to expand once the conditions are right for IM Group, its importer.

For now, however, trading from four premises, all in prime locations on the Norwich ring road, is “worth all the money in the world just from passing traffic” for NMG, Long said.