Influence how people buy with ‘the unconscious brain’ 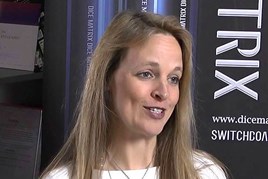 A few lessons in how to comprehend and influence the behaviour of consumers left members of the AM Executive Breakfast Club with a stronger understanding of the ‘unconscious brain’.

Susannah Schofield talked to delegates about neuroscience and how everyone develops an unconscious bias, depending on how they feel at any given moment.

A large proportion of the brain’s activity is unconscious – people don’t actively need to think when they’re eating or walking, for example.

But that unconscious activity gives businesses an opportunity to influence the consumer in a way most would never be aware of. For example, Schofield said wine retailers have discovered buyers can be influenced by playing classical music. Romantic music in a florist boosted the average price of bouquet bought by 30%, she said.

Colours can also influence consumers – on Ebay, products on red backgrounds sell faster and for more. Red signals authority, but also a bit of loss, said Schofield. She said blue is calming and encourages consumers to contemplate and possibly reconsider their decision. Purple “encourages reaction”.

She said in the digital realm the ease of the customer journey is vital and businesses should not use surveys or pop-ups that interrupt the consumer just as they’re trying to do something or buy something, because it will turn them off.

People are creatures of habit. If they try a new website, but struggle, they will go back to their usual site, she said.

■ Have an offer that engages. Tap into the emotions that make people feel they want or need something.

■ Understand customer segments, and what influences whom. Research what motivates people, and don’t assume.

■ Answer the customer’s reason not to buy up front – tackle it head first.

■ Understand how you can start to influence how people can buy and sell.

“Customers struggle to influence their unconscious brain. They make decisions all the time that they can’t affect,”

Schofield added. She said for most people, the fear of loss is far stronger than the desire to gain. Italy conducted a trial of driving points five years ago, but rather than drivers gaining points for offences, as they do in the UK, the Italians gave drivers 12 points to start with and took some away for offences. For those who lost all their points and their licence, the loss was psychologically worse and the associated shame changed how people drove.

Building on those emotions, dealers can strengthen customer desire by making them familiar with a product. This makes the product gain value to the consumer and explains why the test drive can be such a critical part of the consumer’s car-buying process.

Schofield works with Royal Mail and said the company illustrated how businesses need to change with the world – its letter deliveries were badly affected by the rising use of emails and social media, but online shopping has led to a huge increase in its parcel business.

Click-and-collect and home delivery are here to stay, she said: “The future will be about getting things to people quicker and more conveniently. But the physicality of items arriving will continue.”

Businesses need to regularly consider what they could or should be doing differently. Her advice to dealer group leaders was to carry out a gap analysis to understand why  staff are motivated.

“Understand what your business is doing well in your customers’ eyes and your employees’ eyes. When that matches up, it’s an amazing opportunity, but when it doesn’t, it shows a huge risk.

“Don’t fear failure. Learn from it. It’s uncomfortable, but makes us better and more rounded,” she added.

■ The next meeting of the AM Executive Club is on September 9 at Simpsons In The Strand, London. The event, which includes networking and business inspiration, is free to all board level directors at franchised dealers – email nicola.baxter@bauermedia.co.uk if you would like to attend.