Honda UK: ‘Where we are is exactly where we want to be’ 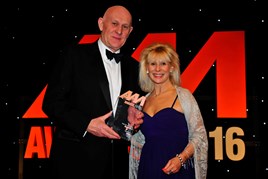 Two years ago, Honda predicted its UK dealer network would enjoy 80,000 annual registrations and a doubling of profits by the end of 2017. Last year, the brand registered 53,417 cars in the UK, flat on 2014, leaving it some way short of its target.

So when Phil Crossman, managing director, Honda UK, tells AM that “where we are is exactly where we want to be”, he reveals how ambitions have been tempered for the Japanese brand.

However, Crossman insists there is cause for optimism – a new range of products, improved customer retention and the promise of “natural, organic growth”.

Honda UK’s ambitious 2017 targets were designed to arrest a decline that developed as a “perfect storm” – the global recession, Japan’s tsunami and the Thai floods – caused production levels to stutter and weakened the yen.

In 2014, the year those targets were announced, Honda’s UK dealers had a three-car range that returned 53,544 registrations and an average return on sales of 0.9%. The revival plan, revealed to AM by former Honda UK head of cars Leon Brannan in January 2015, spelled out a path to increased sales, customer retention and, crucially, profits.

Today, Crossman offers a more pragmatic reassessment of the brand’s progress, conceding that it would fall well short of the ambitious targets.

“We had a lot of comments with cars, you know ‘where’s Honda going, has it lost its mojo?’ That comment only ever applied to cars in Europe. Elsewhere, the company was doing really well.”

On UK registrations, he said: “About August, we stopped going backwards and we’ve been on the up-and-up.

“Where we are is exactly where we want to be. The brand has delivered a whole new range of products on time and we believe it’s been received by both the press and the customers exactly as we hoped it would be.”

“Numbers are about 15% up this year. In a couple of months, we were in the lead until the last couple of days” Phil Crossman, Honda

The arrival of the HR-V compact SUV (2,206 registrations in the first three months of this year), a new Jazz hatchback, face-lifted CR-V SUV and the flagship Civic Type-R performance car last year have all helped.

Crossman said: “Unlike many of our competitors, the introduction of HR-V has not affected our C-segment sales. We’re actually growing our Civic volume (5,925 in Q1, up 17% year-on-year).”

On Honda’s overall registrations, Crossman said: “Numbers are about 15% up this year. For December, January, February and March we have been top of the growth chart pretty much for the whole month.

“In a couple of months we were in the lead until the last couple of days, when people overtook us, but our rate of growth is fantastic. That’s good steady growth. It’s not been forced, it’s natural demand.”

With lead times of the Mexico-built HR-V being massaged down from just over three months to a month for certain grades, Crossman said supply is still an issue, with America’s 1.4 million sales holding greater allure than the heavily discounted European market.

He is keen to see UK dealerships receive a greater allocation of cars: “I’ll take every HR-V and Civic I can get my hands on.”

Honda has transformed its approach to customer retention in the past three years, thanks to the introduction of a five-year service package and the wholehearted adoption of PCP finance offers in 2013, with HP all but outlawed among its retailers.

Crossman said: “Jazz remains our biggest challenge in terms of PCP penetration, but I think that’s as much to do with the customer profile. The average Jazz customer is 62 or 63. I’d say we do 98% PCP with the new cars that are attracting a younger customer. It’s going really well.”

Crossman was bullish about the success of the service plans, meanwhile, which are sold at some expense to Honda. He said: “Of all the Hondas in the service parc, around 60% of those have got a service plan on them and within two years that will be 90%.

“That is a fabulous tool for our dealers because it means that customers will come back to the dealership and – particularly if you add in a PCP – that gives our dealers great retention and a great opportunity to re-sell.”

“We’re happy with our network. We’ve come through some hard times and we want to support our core businesses,” he said.

Honda is currently refreshing its corporate identity, focused on showroom interior decor, with an anticipated cost of £20,000-£30,000. Other improvements for the retail business are sought through used cars, which Crossman said had been “steady… not brilliant”.

“If I could gift our network anything right now it would be 5,000 three-year-old cars and that will come in the next two or three years. Those cars will come back with a service plan, on a PCP and they will be re-sold.”

Crossman said Honda’s typical turnaround time for its cars was currently four years, but he said he would like to see vehicles returning to dealerships after about two-and-a-half, providing quality used stock and up-selling customers.

However, he is wary of shorter turnaround times: “Some brands are returning at one-and-a-half and I’m not sure that’s the best thing to do because we are going to ruin the used car market if we’re not careful.

“It’s not new cars that are going to cause the problem. It’s that the country is going to run out of space and we will be scrapping good 10-year-old cars.”

Investing in the future

Although the targets have been downgraded, Honda continues to prepare for greater sales.

It has invested in a new crop of smaller 1-litre and 1.5-litre petrol engines to go in an all-new Civic next year and a manufacturer apprenticeship scheme has already delivered 700 technicians into the dealer network.

Crossman said: “We could get to 80,000 with the range we have got now but it would be very stressful, it would mean discounted sales. The network’s capable, but we want to do that without resorting to those tactics and daily rental. Our sales will grow and grow and grow.

“I’d rather set targets for the retention we can get and how much we get through the workshops because if we take care of that then the sales will take care of themselves.

Honda has a wide product portfolio, including motorcycles (25,000 annual UK registrations) and power tools, not to mention a £3 million executive jet, the first of which it delivered into the European market in April.

Building the brand’s reputation for four-wheel vehicles – and drawing customers into dealerships – are two flagship models. Honda introduced the 306bhp Civic Type-R last year and, this year, one UK dealer will benefit from sales of the £130,000, 550bhp, hybrid-powered NSX supercar.

Crossman said: “The buzz surrounding the Type-R and the NSX tell you all you need to know about the importance of a halo product.

“People were putting £5,000 deposits down on NSXs two years ago, without having seen the car, knowing the price or knowing the spec.”

He said one dealership based in the South East (London) would be the sole UK supplier of the NSX when it arrives in the summer, with a second possibly added later.

Crossman said the “immense” aftersales investment required from NSX dealers, including a requirement for week-long technician training in Japan, would make it “unfair” to sell the car more widely.