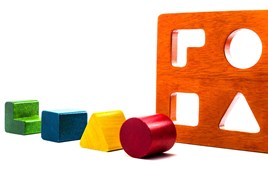 Dealers are constantly told they should model their businesses on the paragons of customer care, such as John Lewis, Ritz-Carlton and the Apple Store. But how fair and, more importantly, realistic are these suggestions?

The John Lewis Partnership (JLP) is employee-owned, its staff are partners who share in the store’s profits and are involved in the direction of the company through workers’ boards. Executives’ pay is limited to a multiple of its workers’ remuneration.

Like other retailers, the John Lewis model is not immune to market forces. Its latest figures reported sales increased 4% to £4.7 billion in the 52 weeks to January 28, but operating profit before the partnership bonus fell 7.5% to £231.4 million compared with the same period last year.

Following the annual results, this year’s staff bonus was down to 6% from 10%, the lowest since 1954. New managing director Paula Nickolds told retail magazine Drapers that JLP has deployed a number of measures to remain competitive, including equipping staff on the shop floor with laptops, so customers don’t have to queue for a cashier. However, she didn’t rule out the possibility of job losses or using agency staff (who would not have the same benefits as John Lewis employees).

JLP also benefits from strength in its relationship with suppliers – it is not required to flood the market with particular products, weakening its margins. One sign of that strength is that it audits its suppliers’ factories and recently required them to undertake training on employment rights and the Modern Slavery Act.

Andrew McMillan is a former head of customer experience at John Lewis, who now runs his own consultancy and has advised a number of dealer groups in the AM100. He said dealers could adopt certain aspects of the JLP model, but believes it would require a different mindset, which so far the industry has been reluctant to embrace.

He said: “Would some of the CEOs I have worked for willingly hand over what for many is essentially a family business, which has taken decades to establish, to their employees? That’s unlikely.

“JLP employees have a strong voice on the board and are involved in some of the key decisions, while there is heavy involvement through staff councils in each branch. To my knowledge, there is nothing like that level of employees’ voices on the board of dealer groups.”

McMillan believes dealers could adapt the employee bonus scheme, because it’s similar to the commission structure that already exists. But rather than paying out to individuals, a model which he said is broken and has been for a while, dealers could pay a collective commission.

“Collective commission means everyone from sales to service has the same objective and benefits from the outcome. But the problem with the current model is that it is also heavily influenced by the manufacturer, which means there is a massive industry-wide change that’s needed. I don’t think anyone is ready to make the first move.”

McMillan said John Lewis does have sales targets, and is still a commercial organisation that has to make a lot of money to pay a lot of people, but staff are not bonused against the sales target as such. They are not the kind of targets that are managed aggressively by months and quarters.

“At John Lewis, everyone gets the same percentage of their salary in their bonus and I understand that if this collective system was in operation a sales executive earning around £60,000 may simply find another position elsewhere.

“But if an organisation is relying on one person to make up a sizeable part of its bonus, then there’s something wrong. Often if the team isn’t delivering, it’s a leadership problem,” he said.

He believes there is an opportunity to do something and the business that takes the initiative will be ahead of the pack.

While the motor industry does not have the luxury of starting from scratch, Apple was able to do so when it opened its first store in 2001.

Steve Jobs, then  CEO, decided that if it was to win on innovation it “had to control the last mile” and have its own shops. With a template for 6,000-square-foot retail premises, Apple leased units in shopping centres, kept them spartan and ensured people could focus on the products.

Car manufacturers have long followed the principle of creating a destination business and, in motor retail, the trend from brands and dealers has been toward building larger glass palaces that adhere to strict corporate standards.

Interestingly, the ‘destination’ concept is one Apple may actually be borrowing from car dealers. Its goal is to create customer lounges, with Wi-Fi and great coffee,  where its customers want to spend time rather than just when they need to upgrade their phone or to queue ahead of a product launch.

It opened a flagship store in San Francisco last year, complete with a 50-foot-tall video wall and areas where visitors could relax. Its ‘Genius Bar’ customer service stand was upgraded to a ‘Genius Grove’, complete with rows of potted trees.

Apple is even appealing to the business community, providing a ‘boardroom’ area where its staff are on hand to deliver business ‘consultations’.

Many franchised dealers have been striving to deliver a similar experience to their customers for years.

Apple’s descriptions of its new store layout include a ‘town square’ and some stores incorporate ‘The Plaza’, which includes a comfortable chill-out zone and even offers weekend concerts. It is not a million miles from Volvo’s Retail Experience CI, which divided the dealership into the ‘living room’ where customers can relax and ‘the street’, where the cars are displayed.

Dealers have long provided customer lounges, where customers can enjoy refreshments, watch TV and read the day’s paper while their car is serviced and business customers are able to set themselves up to work in an office environment with coffee on tap.

One area where Apple definitely led the way, however, was in its reluctance to use traditional salespeople. It hired ‘concierges’, not ‘cashiers’, an approach that motor retailers have definitely adopted, with increasing numbers of manufacturers and dealers staffing showrooms with ‘product geniuses’ rather than sales executives.

However, it wasn’t plain sailing for Apple Stores. Ron Johnson, a former vice-president for retail at Apple, told the Harvard Business Review that no one came to the ‘genius bar’ for the first two years. Eventually, it became so popular stores began booking appointments.

The company now seems to be dropping the word ‘store’ – its Aberdeen Apple Store was rebranded as ‘Apple Union Square’, reminiscent of many dealership names.

But it is worth bearing in mind that the Apple Store’s new corporate identity has come after 16 years, not every seven or eight as is now typical for many franchised dealerships.

Apple’s new retail design has been created for browsing, encouraging customers to come in and touch and feel the products and even try out their products before they buy, rather like a test drive.

Must the model change?

Car dealers can be forgiven for thinking that allowing customers to test products before buying, providing comfortable customer waiting areas with Wi-Fi and coffee, or organising customer-focused events and business solutions, is far from revolutionary.

Online magazine Retail-focus.co.uk reported on experimental trends enticing customers away from clicks and into bricks with the likes of YouTube opening its first Creators Store in London and The Dyson Demo retail space opening its doors in July last year in Oxford Street. Meanwhile, Amazon opened its first physical store, albeit minus the sales assistant or cashier, in Seattle.

While physical retailers, including automotive, have been playing digital catch-up, the digital disruptors themselves have recognised the currency of the physical connection with the customer.

However, many of these successful online companies are applying their digital lessons to the physical world. Take Amazon’s Seattle store, which has taken its online payment framework and installed it in its physical store.

There is much talk in the motor retail sector about changing the retail model and there is some evidence of an appetite for change. But, as McMillan says, the will to change is not that of the dealers alone – an industry-wide shift in thinking would be required.

Overnight change in how dealers sell cars is unlikely. However, should companies such as Rockar and Tesla prove successful with their models, the retailing landscape may change. In the latest edition of AM, Gary Savage, the UK chief executive of Mercedes-Benz boldly predicted that direct manufacturer sales are “inevitable”.

Maybe the most realistic outcome is that we will see even more choice for car buyers as new models of retailing are established. After all, the High Street doesn’t support just one type of shop. Just look at our supermarkets – from Waitrose, with its complimentary coffee, and M&S food halls, to the big four of Sainsbury’s, Tesco, Morrisons and Asda, and the up-and-coming budget outlets of Lidl and Aldi. Perhaps dealers will look to them for a new model.

How many forecourts do car buyers visit?

Do car buyers visit just one or two dealerships on average during the purchase process? Well, it depends on which figures you read.

A 2016 BDO report from the US National Automotive Dealers Association (NADA)included an analysis by Google that found consumers visit one or two dealerships when purchasing their next car, down from five in 2005.

The latest figures from Google’s Gearshift survey, which asks new car buyers in the UK about their purchase journey, found the average number of dealership visits was 2.1 in 2016, down from 2.2 in 2015. The average number of test drives by consumers for both years was 1.3.

However, research last year by Buyacar.co.uk revealed a third of consumers visit three dealerships and just under (33.4%) visit four or more, which means more than two thirds visit at least three.

According to McKinsey’s 2013 Retail Innovation Consumer Survey, car buyers in some locations for some brands visit just one

dealership on average. However, its figures are based on a survey of 4,500 customers across the US, Europe and China.

All agree consumers use the internet to undertake the bulk of research, with the Auto Trader Market Report 2016 indicating that 74% of consumers did their car buying research online.