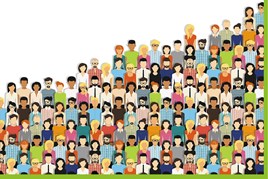 Whether the cheapest city runabout or the priciest supercar, car dealers want their  products to appeal to a wide range of people. However, that drive for diversity often deserts those in the motor trade when it comes to hiring and promoting the people responsible for selling and servicing them.

As Clare Martin, group HR director at Jardine Motors Group, explains, hiring one type of employee only will limit your business, which is why Jardine recruits former military personnel as part of its diversification strategy,

“At Halesowen, we recently took on an ex-serviceman, who is an amputee, and we are shortly taking on another five people across the group who are also ex-military. It’s not just their skills that make them excellent potential employees – their attitude and their work ethic are very valuable.

“Of course, it doesn’t mean that every time you recruit former armed forces personnel, they will take to the job and be a tremendous success, but they do come with very positive advantages.”

Jardine is one of the pioneers of workforce diversification within the motor trade, and for sound business reasons.

“We see this as a logical and long over-due approach,” said Martin.

“If you look at the companies in the FTSE100 and 250 indexes, the ones that outperform their peers are those with workforces that are more diverse.

“We are now deliberately targeting new recruits with non-motor-industry skills, because we want to bring in people with different experiences. One of our JLR sites in the Midlands, for example, took on someone who had worked at H&M Clothing, in the children’s section.

“He was soon top of their monthly sales charts, and then got the highest ‘mystery shopper’ rating we have ever recorded. We would also like to increase our percentage of female employees, but equally, I can’t recruit a woman just to tick a box.

“We have an aspiration that our workforce will be 30% female by 2030, but everyone has to be right for their job. At the same time, we are encouraging flexible working policies, including part-time employment, and doing everything we can to remove unconscious bias from our recruitment process.

“We understand that there is no ‘silver bullet’ to achieve diversification, and that although progress is being made, they are only baby steps at the moment.

“However, for me, our trade associations (particularly the Society of Motor Manufacturers & Traders and the Retail Motor Industry Federation) are not leading the debate on this issue, and are failing to drive it forward in our industry.”

Another powerful proponent of change is Julia Muir, the founder of the UK Automotive 30% Club, which aims to see 30% of senior motor trade roles held by women by 2030.

She worked in the dealership trade in the 1990s, spent 11 years with Ford Motor Co, including time in Germany, took on a change management role with PwC in Barcelona, and then became a teacher and consultant at Loughborough University Business School’s Centre for Automotive Management.

“Ford were great, very progressive, and I thought they were gender-blind with regard to employment and promotion. When I returned from overseas though, I was stunned to see that every single course at Loughborough was aimed at male staff,” said Muir.

“It was 25 years since I’d worked at dealership level, but it seemed nothing had changed in terms of diversification. I also began working with a charity, which involved talking to schoolchildren, and it was very clear that for young girls, any job in the automotive sector was simply not on their agenda.

“I also became aware that young women looking for employment, and taking the first steps along their career pathways, often tried to use ‘gender intelligence’ in their decision-making, so it would be a major strategic handicap for the motor industry to be seen as male-dominated.

“I thought something had to be done to address these issues, which was my rationale for establishing the 30% Club. We all want to see companies in the motor trade be profitable, and I believe narrowing the gender gap is one way to help businesses achieve commercial success.”

Muir cited analysis by Bloomberg demonstrating that companies whose workforce better reflects their customers are able to give them a better experience.

“It’s not about saying to dealerships, manufacturers or any employer involved in our industry that they must be more diverse for the sake of it, it’s about persuading them that their business will be better for it.”

She also quotes research by Different Spin, whose ‘Mad Maxine. Does automotive fail women?’ report generated an array of dispiriting responses from women of all ages, about how they viewed motor dealers and the car-buying experience.

“Only 13% of the 48,000 women interviewed said they would be prepared to visit a dealer unaccompanied, because they felt the environment was predatory, which underlines just how much the industry needs to change,” said Muir.

“Would women be more comfortable buying vehicles from women? I don’t see any evidence that is the case, but they do want to be treated equally to men, and I also don’t think women like to stand there and haggle about prices.”

Driving employee diversification through positive discrimination is more difficult than it sounds.

“Everyone knows the motor industry is male-dominated, but it is quite difficult to address the issue from a legal perspective,” said Paula Bailey, a partner with Howes Percival, and an employment law specialist.

“Employers do find it difficult to identify enough qualified female candidates for vacancies, and are limited in what they can do. They could take ‘proportionate’ measures to address a gender imbalance, if they can demonstrate that such an imbalance exists.”

However, that’s not the only hurdle facing employers.

“They don’t just have to prove women are under-represented, they would also have to show that the woman was equally as qualified as the male candidate, if there was a legal complaint from a man about discriminatory practices,” said Bailey.

“The advice we give to all our clients is to always recruit the best person, regardless of sex. However, in the motor trade, the applicant with the greatest amount of relevant experience is always likely to be male, because of the industry’s gender imbalance.

“The wider issue is how employers recruit without potentially falling foul of the law, which is about ways of energising applicants who are female. You could set up courses to train females straight from school or college, or perhaps persuade women to come in at a lower level and then hope to rise.

“That’s going to take a long time, of course, so it would probably be quicker to think of innovative ways in which greater participation in the motor industry could be achieved.”

“Once gender reporting comes in, every company with 50 employees or more will have to reveal their pay gaps, and I suspect the figures will look awful for companies in the motor industry,” she said.

Could another option be transforming the car-buying process itself, so that women are more comfortable on both sides of the counter?

Simon Dixon certainly thinks so, after using his experience at Dixon Motors, his time outside the industry, and his awareness of digital technology to found Rockar; which seeks to attract car-buyers through a virtual online presence and a physical presence in major retail centres.

His vision is for customers to research the market, sell their old vehicle, identify their new one and choose their preferred finance option via Rockar’s digital platform, before visiting its stores, where they can inspect their  chosen vehicle and arrange a test drive.

Rockar’s first store opened at Kent’s Bluewater retail centre in October 2014, the second at Westfield Stratford City in December 2015, and Dixon said others will follow, as potential customers, importers and manufacturers, increasingly embrace the Rockar model.

“For almost 10 years, I wasn’t part of the motor industry, and realised that the car-buying experience had to be much more than a transaction,” he said.

“I wanted a new approach, where as much of the process as possible was digital, and where showrooms weren’t based out  of town, as had increasingly become the case, but were in areas of high footfall, and major retail hubs were the obvious location.

“For me, when we are looking to recruit, it’s about people who have the right attitude, who have personality and who can engage with potential customers in an open and friendly manner. It doesn’t particularly matter about their CV, but you do need to be consistent with your recruitment choices across the business.

“However, I must admit we are pretty down on people coming from a traditional motor industry background, because they tend not to have the right mindset.

“You work long days in a retail centre, perhaps 9am to 9pm, so around half our team work part-time, as it suits their lifestyle and income needs. Retention isn’t

something I get hung up on. We’ve had people leave to go travelling, or go back to uni, or leave – and come back. It’s what they do when they’re here that counts.

“We’ve only been trading for just over two years, and two of our leadership team have left, had babies and then returned. A typical Rockar store will have four ‘leaders’, so we’ll always welcome good people back.”

The staff may be called ‘angels’ rather than salespeople, but they still have to know their stuff on the vehicles.

“We are continuously improving and fine-tuning our business, because it’s based on digital technology and there is so much data to analyse,” said Dixon.

“One thing which could never change is the depth of product knowledge we require. Every Rockar employee has to know everything about their marque, and they have to know how to communicate that information to the people who visit our stores too.”

The strategy seems to be paying off in diversifying the age brackets reached by Rockar’s products too. As our Hyundai  interview on Page 34 reported, the Rockar stores have succeeded in reducing the average age of a customer from 52 to 37, with 54% of those being women.