How to fund your next car showroom 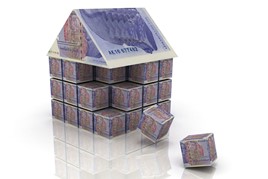 Many dealer groups are not just retail empires, they are property empires, too. Having a strategy to manage this area is essential for all motor retail businesses.

Retailers need to ensure they have the space they need to cater to changing franchise requirements, as well as factor in the flexibility needed for an automotive market that may look vastly different in 20-30 years.

AM has identified the major areas available to retailers to fund their property strategies – freehold, leasing, sale and leaseback and manufacturer lease.

The UK’s largest dealer groups are weighted towards freehold properties.

Steve Le Bas, BDO audit partner, said: “Freehold property really is the crown jewel. Everyone would like to own freehold property. In many acquisitions, buyers will be specifically looking for freehold when considering what to buy.”

Le Bas said the major benefit to freehold is “you’re not on the hook to a landlord” – it gives dealers control of their own destiny and property will be there no matter what’s going on with general trading.

He said: “Dealer group bosses will also be thinking about their future investments and they can always sell off the business, but keep the freehold property as a retirement fund, with regular payments coming in.”

With current bank rates low, Le Bas said monthly mortgage and interest payments will be lower in many cases than the rent charge on a lease, so not only is there a cash flow saving and profit enhancement, but the dealer group will also benefit from property appreciation.

Tom Poynton, an automotive partner at property specialist Knight Frank, told AM about 75% of the automotive retail industry is freehold, while the rest is leasehold.

He said: “In terms of the number of buildings, freehold is very much the king for dealerships in the UK.

“However, in terms of actual value, that remaining 25% leasehold represents a lot of the big premium gin palaces that are in expensive locations and have large property footprints.”

This is the opposite situation to markets such as the US, where the trend is much more towards leasing, with cash used on funding expansion and operations.

Poynton said: “The downside to freehold is that you have capital tied up in the property that could be put to use for the business.”

LSH Automotive UK has Mercedes-Benz and Smart dealerships in Manchester and Birmingham. The company has a freehold property strategy.

Paul Franklin, LSH’s property manager, said: “Freehold property gives us full control and flexibility. We can adjust what we are doing with the site for redevelopment or change of use if we need to in the future. That’s very difficult to do on a lease where you’re not in control.”

LSH funds its property developments through a combination of debt, or traditional bank loans and shareholder backing.

LSH’s parent company is in Hong Kong and Franklin said there is a financial stability there to back up the group’s freehold-focused property strategy.

“We’re in a lucky position to have that financial backing in Hong Kong. Other groups would probably have to look at leasing as an alternative.”

To help free up cash flow to invest in other areas, dealerships can sell their properties and then lease them back, something large dealer groups, such as Pendragon, Lookers and Vertu Motors, have done.

Pendragon entered into a sale and leaseback deal in 2007 that generated £300 million to help reduce its debts.

The question for dealers is whether their money can generate a better return invested in property, or in the operational business.

Poynton said it can be an exceptional means of financing new developments (by committing to a lease on completion of the build) or to pursue corporate acquisitions without having to raise equity.

A buyer can simultaneously undertake a sale and leaseback on completion of a corporate acquisition.

Le Bas said: “A cynic might say that sale and leasebacks occur when a group is in need of cash generation, so it can be seen as negative by some.

“However, it might also be a positive thing, allowing groups to expand and grow through the generation of funds.”

Franklin said leasing passes over control of the property to the landlord.

He said: “The flexibility is gone. You can’t knock down and rebuild. If you’re tied down to a 25-year lease and the market turns, you’re then stuck paying rent that is going to be higher than the mortgage on freehold.

“When the lease expires, that rent could also be increased to the point where it’s cost-prohibitive to continue in that location.”

New-build showrooms require millions of pounds of investment and car manufacturers themselves have been a source of finance to get projects off the ground.

This can help dealer groups in particularly expensive areas such as London. Mercedes-Benz Retail Group has multiple locations in the high cost area of Greater London. Kia also owns the lease at its flagship four-storey West London site, GWR Kia.

Le Bas said: “Manufacturers are potentially a good source of alternative finance to fund acquisitions and they are very similar to banks, with their own finance houses capable of offering competitive finance rates.

“They both offer competitive packages and it is well worth groups considering both banks and vehicle manufacturer options and any levels of covenants asked for by both providers before making a final decision.”

Covenants may stipulate that a business has to maintain a specific level of profitability to allow it to comfortably meet interest payments on a loan.

Le Bas said: “Some dealer groups like to balance the loan risk across banks as well as manufacturers, so their eggs are not all in the same basket with their property funding.”

Poynton said even in situations where a manufacturer lease may not be so apparent for other dealer networks, there are some franchises that will still offer financial assistance to fund premises and this will be more “backroom financial help” that isn’t as visible in the market.

While London is always highlighted as a problem area, Franklin said Birmingham and Manchester (where LSH Auto UK is concentrated) are also becoming cost-prohibitive for development.

Franklin is looking at the potential for mixed use for future developments (see our interview with Martyn Webb, LSH’s managing director, in the August issue of AM) to help take the pressure off the automotive side of the business, without having to turn to leasing.

LSH is already doing this with initiatives in Australia, where automotive retail sites are shared with retail and residential properties as a result of increasing costs in city centre locations.

Franklin said: “As long as certain franchises state in their standards that the dealership has to be within a certain distance of the city centre, groups will have to look at ways to cover that cost and mixed use is a way to do that.”

Property leasing is facing some big changes this year, as new rules came into play in January that mean property will be held on some retailers’ balance sheet for the first time.

Smaller companies will report their accounts under the rules of the Generally Accepted Accounting Practice in the UK (GAAP), whereas large PLCs will be reporting through International Financial Reporting Standards (IFRS).

Property leases will be recognised on the balance sheet as a right-to-use asset and corresponding lease liability.

The lease costs are split between depreciation and interest cost in the income statement, replacing the ‘old’ straight-lined lease expense.

Owen Edwards, an associate director at Grant Thornton, said: “It remains unclear whether dealers are likely to change their property strategy due to this change.

“We will have a clearer view over the coming months, as dealers start disclosing their transition to the new standard in their interim and annual accounts.”

Edwards said the change has limited or no impact to the net profit of the business, but will increase the EBITDA and EBIT of the business, as the lease expense is removed and replaced by depreciation and interest expense.

Le Bas said: “A higher EBITDA is not necessarily a bad thing. However, certainly in the first couple of years it will take more explanation as to the change of accounting and presentation.

“IFRS 16 will focus people’s minds a lot more. Previously, the operating lease expense would have been disclosed as a note to the financials, while going forward there could be a significant asset and liability front and centre on the balance sheet.”

Le Bas issued a word of caution for those dealer groups that do not currently report their financials through IFRS, as UK GAAP does usually follow the IFRS rules.

He said: “We could see these rules being applied more widely over the next five years, so it’s definitely something to keep an eye on.”

He also said some dealer boss bonuses can be calculated based on EBITDA, so bonuses may increase as a result.

Le Bas said: “Dealer groups of that size will be sophisticated enough to know about that already and it would mean rewriting a contract through HR to take those new IFRS 16 rules into account on the bonus scheme.”