The future of motor retail 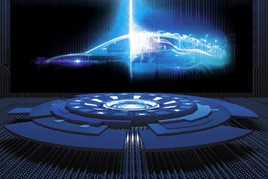 Just as manufacturers will spend the 2020s embracing electrification and autonomous driving, so their retail partners will encounter their own new frontiers, as the onward march of digitalisation and a shifting consumer landscape upset the old order.

Many in the sector believe what they are facing is evolution, but to many, it will feel like a full-blown revolution – especially if they are on the wrong side of the changes and their future livelihoods are thrown into turmoil.

Robert Stephens, a specialist retail property consultant, told us: “From the research we have been doing in the last 18 months, the view of many people seems to be that one wheel has fallen off and the other three are loose – and the industry needs to reinvent itself.

“The current property offer is unsustainable, so it requires a different model. Traditional motor retail is the least viable commercial property use. Any other commercial use creates a higher return.

“The costs of entry into property – whether it’s acquiring land or developing dealerships to a bespoke design – are increasingly expensive. They are a very high bar to get over, especially in London and the south-east, where there are competing uses. These push up land prices and it’s just not a sustainable model. The requirements of a manufacturer are to build a bespoke palace for that particular brand, but the margins for new car sales are so slim.”

Rising property prices may be particularly challenging for small, family-owned dealerships in more remote areas of the country. David Kendrick, a partner at UHY Hacker Young, which offers specialist automotive accounting services, said: “Some of the smaller operations, family-run businesses, may continue to be consolidated into larger groups, because I think economies of scale are becoming more important.

A reduction in the number of dealer partners was a common theme among the industry experts AM spoke to.

David Peel, the managing director of Peugeot UK, said: “We have an ambition to have fewer dealer partners.”

Some analysts agreed that the reduction in dealership numbers is inevitable.

Steve Young, the managing director of ICDP, which offers research and consultancy services to the automotive industry, said: “The current retail network is too dense and there are more dealerships than are required to provide the necessary coverage of sales for any particular brand. That puts more cost into the network than you need.”

Mike Jones, the chairman of consultants ASE, said: “If we look at other models around the world, undoubtedly the number of representation points is going to shrink.

We’re also going to change the type of representation points that we have. There’s going to be a lot more done at the customer’s home or place of business – and that brings around a different structure to what we have at the moment.”

Which car brand is most at risk?

It’s not just dealers that will be affected – manufacturers could equally be at risk if the current market conditions continue.

Kendrick said: “I do wonder in the longer term whether there is enough room for all the brands that are represented. You’ve obviously got the Vauxhall scenario at the moment, where that’s being absorbed into PSA. There’s going to be a significant fall-out and their market share is nowhere near the 10% they used to .

“Fiat is another brand that’s really struggling in the UK, so you can see perhaps a few brands disappearing.”

Andy Bruce, the chief executive of AM100 dealer group Lookers, also sees changes ahead, but takes a more sanguine view.

“Things will change gradually between now and 2030. It will be a managed, well-signalled process,” he said.

“There will be fewer dealerships, because there won’t be the same need to have as many, but that’s a process that has been going on for decades. We think the number will drop to around 2,500 to 3,000 by 2030.

“But while there will be fewer dealerships, there will be bigger and better brand experience centres. The reason for that is there is a need for an omnichannel approach, where you’re blending digital with bricks and mortar.”

“It’s not just one thing that’s going to see transformation: it’s an accumulation of many factors that, as they get to scale, will make the retail scene look significantly different in 10 years’ time.”

Tony Whitehorn, the managing director of Hyundai UK, has plenty of experience of an omnichannel approach, as the company has ventured into shopping centres with its Bluewater and Westfield stores, as well as initiating an online Click To Buy service.

However, for Hyundai, dealers are still very much an integral part of the way it will sell cars in the future. Its experiences have shown that consumers still want a physical relationship with a retailer and also want to touch and feel – but not necessarily test drive – a vehicle before committing to a purchase.

Whitehorn said: “There needs to be an ongoing relationship with the customer, because going to be customer-driven. The customer wants to have a choice – either you come to them via a city store, or you come to them in their lounge, digitally. Or they do all the research and, in the traditional manner, go into a dealership.

“What’s key here is that we, as an industry, need to embrace all of the above, because when we did the city store, we managed to get in front of new people, not substitutional people.

Kendrick also sees a future for dealerships, as they’re currently constituted, in 2030, despite the appeal of buying through the internet.

He said: “People will perhaps move towards more online purchasing, but I still think there will need to be a requirement for the handover and sales experience through a dealership as well. Maybe in 20 or 30 years’ time, we might move to online more, as there are more young people, whose natural buying behaviour is through a faceless interaction on the computer. Perhaps that might become more the norm, but in the short term I don’t see that taking place.”

While dealerships – albeit in reduced numbers, in different forms and with more flexible approaches – will continue, nobody should overlook the advances in online purchasing. This is not just in the future: Peugeot is already offering a complete end-to-end service.

Peel explained how the service has grown, saying: “In 2017 we launched our ecommerce platform that allows customers to completely transact and buy a new Peugeot online – from the start of their research, through having a used car valuation guaranteed, having finance approved, making a deposit to arranging to have the vehicle delivered. That’s a first in the UK.

“The result of that is, 18 months later, we are doing 1.5% of our retail sales online. As a comparison, the data we have is that the major supermarkets today do about 2% of their business online with home delivery. It clearly demonstrates to us the appetite for people to completely transact online.”

The omnichannel future also has implications for how dealers get paid, as some elements of the buying process are conducted online, without the input of a dealer.

Young said: “In an omnichannel world, where different parties play different roles, and you want to give the customer a seamless experience, online and offline, in different physical locations, while their shopping basket goes with them, then you need to find a way to reward all those who participate. Some of them are going to be dealers, while others may be other agencies that take the car round for a test drive. But in the end, if someone’s got a £5 million-£10m fixed investment in a dealership, you have to make sure they get a return on that.”

Bruce doesn’t see how manufacturers pay dealers as an insurmountable problem: “They may invoice the cars directly and there’s talk about paying dealers a fee for test drives, handling and finance. But as long as the fee’s enough, it doesn’t matter – it’s just a margin by another name. It just needs to be enough to make it viable.”

Whitehorn sees the influence of the internet being positive for everyone involved in the transaction.

“What the internet has done is that it leads to greater transparency. So if you are going to transact online, the customer has got to know that they are getting as good a deal as they would do by walking into a showroom. You cannot haggle online,” he said.

“What happens, therefore, is that the margin situation starts to alter slightly. Where a dealer previously may have been trading on a 12% margin and would give 6% away and keep 6%, they can’t do that online.

“In essence, it almost becomes a fixed margin on some of the vehicles, so that might be a route that it starts to go down. The way we started is that we give everybody the margin at the moment and we allow them to actually put prices on Click To Buy, which they determine and they want to sell at.”

Peugeot is also ensuring that dealers continue to get paid, whatever model is used. Peel said: “Dealers today have a different margin from an e-commerce sale, which is more of a handling fee, and we don’t see that changing. The vehicle still counts towards their sales target.

“Whatever we do, we will ensure that the margins and rewards we give the dealer are enough to ensure that they at least have a 1.5% return on sales.”

The retail environment is undoubtedly going to change. Whether that change is gradual, with manufacturers helping their dealers to consolidate and blend with increasing digitalisation, or whether it involves radical shifts, such as subscription services, only time will tell.

One thing’s for sure: change is coming – and everyone who makes a living selling cars will be affected in some way. CRAIG THOMAS 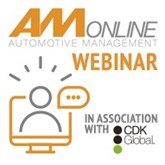 Watch: AM webinar looks at the challenges and opportunities for dealers in the future of motor retailing

Watch: AM webinar looks at the challenges and opportunities for dealers in the future of motor retailing