How car dealers can look beyond the bonus 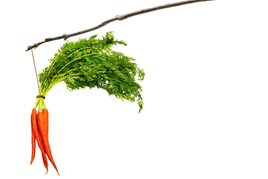 Employees can be motivated by more than just money – whether via job satisfaction, feeling appreciated by an employer, or working toward something bigger than a single person, such as a team goal or charitable causes. Here AM looks at some of the different ways motor retailers are motivating their teams beyond the bonus payment.

How do you measure motivation?

“How do you measure motivation? Or return-on-sales from these extras? You have to look at employee engagement and the overall success of the business. Without engaged employees, you’re dead.”

Marshall uses Great Place to Work scheme to measure satisfaction from all staff, rather than other initiatives, which Gupta said provide just a sample.

When Gupta joined the business 10 years ago, he surveyed staff to see how they viewed it. The first poll, in 2008 showed 55% ranked the business as a great place to work.

Gupta said: “It wasn’t great. We shared the results and I think people appreciated that honesty. But more importantly, you have to explain what you are going to do to change things.”

Marshall offers incentives such as two trips away each year, with the latest to the Dominican Republic. It also holds an annual awards ceremony and recently recognised 101 colleagues to celebrate 10, 15, 20 and 25 years’ service at a black-tie event.

Staff can log in to the Marshall Rewards portal online to access a discounted shopping portal for money off on grocery shopping, holidays, utilities, restaurants and half-price cinema tickets. Activities and charity drives are all highlighted and communicated through the Marshall Matters newsletter, which goes out to employees in the group’s 114 sites.

Rewards cannot be viewed in isolation, said Gupta. To truly motivate staff, they have to run with a strong training programme, financial incentives and excellent communication.

“We have been above 70% for the last eight years and we were named the top UK automotive company in the large category (500+ employees) in the Great Place to Work annual rankings last year. If we didn’t have an engaged workforce, we wouldn’t have been able to take this business from one that wasn’t making a profit, to one that’s posting a £38 million operating profit today.”

Peter Vardy, whose Vauxhall Edinburgh site was named an AM Best UK Dealership To Work For last year, has been putting 10% of its annual profits back into charitable causes since September 2009, when it formed the Peter Vardy Foundation.

Peter Vardy, the dealer group’s chief executive, said: “I can’t really put into words how important the foundation has been to the core of our business.

“The dealership which has the highest level of charitable activity in the group also has the best customer satisfaction, best staff retention and best return on investment. There’s no doubt in my mind that there’s a direct correlation between fundraising and motivating people that work in your business.”

This idea of giving back is worked into employee induction, where each new starter is given £100 to donate to a charity they feel close to. One day of the induction is dedicated to working with a foundation partner. Employees are also given an extra day’s holiday a year to work on charitable causes.

Vardy said: “We’re serious about people accepting that giving back has to be a part of the culture here. If they feel like it’s something that doesn’t fit with them, we’ll pay them for their first month of work with us, but we’ll say goodbye at that point.”

Each dealership has a foundation champion, who is in charge of organising activities and fundraising.

The foundation runs group campaigns across the 14-site group in two quarters of the year and dealerships run their own campaigns at site level for the other two.

Vardy said: “I knew that it had really taken hold in the business of the culture when more things were happening in terms of giving back than I even knew about.

“People are really taking this on as part of who they are and they’re not just using the time allocated by the company, they’re taking their own holiday days to give back too.”

It’s not about the cost

Clive Brook Volvo, another AM Best UK Dealership to Work For, offers subsidised food in its staff canteen, an organised running club, private health insurance, gym memberships and a day off on your birthday.

“What teams want to get them motivated can be so diverse, because every team is different,” he said.

“With everything we do, it’s not about the cost, it’s about management engaging with the staff and making them feel valued. It’s about proving your staff are your best asset as a business. It’s about making time for the extracurricular stuff.”

Brook said the business spends about £70,000 a year on staff extras. If he stopped, he said, the impact may not be immediate, but there would be ramifications to morale and staff turnover down the line.

He said: “Maybe we wouldn’t notice for a few months or a year, but we would soon see a difference, with people looking to leave and our business not being seen as somewhere great to work.

“On an annual turnover of £47 million, what’s £70,000 to make your staff feel really valued? As a cost vs benefit, we get such a good return on it in goodwill. Our staff retention is above 90%”.

Drayton Motors Kia Boston’s efforts to make the business an enjoyable place to work have helped its staff attrition rate fall from 10% in 2016 to 6% in 2017, compared with an industry average of 35%. It was one of AM’s Best UK Dealerships to Work For last year.

He said: “This industry doesn’t have tonnes of margin, so I allocate some from different areas.

“Arranging a night out is all about the excitement leading up to it and how you present it, which really makes a difference. I detail what I’m planning for our quarterly night out, it will be very different each time, and that is communicated to the teams with the target updates.”

Bradford uses a traffic-light system, with business targets to let his team know when they need to push a bit harder and where they need to continue maintaining momentum. A reminder of the quarterly night out and what is being planned is always included.

He said: “It’s more than just a few pints at the pub in the evening. I’ll put together a plan and make sure we do something interesting and so we don’t repeat ourselves.

“We recently did a party bus, cocktail-making classes and the most recent one was a trampoline park. These are all combined with a night out, a hotel stay and drinks, all on the company.

“We always meet for breakfast the next morning and that’s usually one of the favourite bits, when everyone talks about the night and how much fun it was.”

Drayton doesn’t do the quarterly nights out if the team misses its target.

He said: “We missed it by a really small amount in Q2 2017, and you could really see the impact of the fact we weren’t going to do the quarterly night out. We had to make sure we pushed as hard as we could to make sure we didn’t miss any other targets as a result.”

The business reviews its rewards programme twice a year, just to see if people would prefer something different, but he said it always comes back to the quarterly nights out.

Bradford said at about £230 a head for around 30 people, it is an expense, but he believes it pays for itself in motivation and loyalty 10-fold.

He said: “You can look at staff turnover, profitability and customer satisfaction scores as a reflection of the impact it has, but you know when your staff are happy. It brings us all closer. I know people’s family and partners and it helps you make that connection.”