How to lead an award-winning team 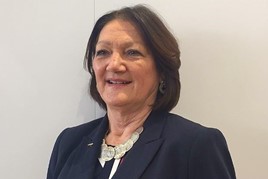 JCT600 head of commercial vehicles Beryl Carney was awarded the UK motor industry’s inaugural Barbara Cox Woman of the Year Award earlier this year in recognition of her work to transform the fortunes of the Bradford-based AM100 retailer’s three Volkswagen van centres.

In 2013, the Sheffield site was making a loss, York was barely breaking even and Hull was profitable but underperforming in several KPIs including customer satisfaction. Under Carney’s leadership, the division achieved £1.2 million net profit in 2017 and almost £1m in 2018. The Hull and Sheffield sites have also won awards from Volkswagen.

Carney’s success is strongly linked to her skills in managing and developing her workforce, and creating an environment where employees support each other. She learned the value of teams and people development early in her career at truck hire firm Kempston in South Africa. It’s experience that she applies at JCT600.

“Without a doubt, none of this is possible without a team of people around you, you drive your results through your people,” she said. “And my passion for what I do feeds back into their passion, which gives them the inspiration to want to do better, and I think as well because I have such strong core values a lot of my team appreciate that and feel respected and confident in what they do because they know they have those values behind them which helps them drive their own performances.

“I hear them at work all the time saying ‘well, is that treating that person with integrity?’ And it’s wonderful to hear that because now they’re thinking about their own behaviours and how that impacts on the business and themselves and the results within the business.”

Communication is another core value and has helped to improve customer satisfaction. Carney has made it plain to all staff that being open and honest with colleagues and customers brings rewards.

“We don’t do anything underhand in our dealership, ever. If we’ve scratched a customer’s vehicle, we’ll phone and tell them: ‘We’re happy to repair it at our cost with a reputable bodyshop, it will be guaranteed by the manufacturer, but if you don’t want us to do it you tell us how you want to handle it’ so we never try and hide things from people and that’s all about integrity.”

Carney believes it is essential to set a clear strategy, explain to employees why that strategy is in place, what their impact is and what they need to do, but then empower people to make decisions.

“One of the biggest compliments I had was when a customer rang up and said ‘I don’t know you, I’ve never met you but you clearly have a really good management style because your team are clearly empowered’. He’d been in the automotive industry for years and he said ‘I’ve never been into a dealership where I have seen that empowerment’.”

That supportive team environment became vital for the division’s achievements, and personally for Carney. While leading the turnaround, she was also being treated for cancer (she describes being given the ‘all clear’ from her oncologist in 2017 as the “jewel in my crown”).

“With the right mindset you can fight and survive through life-threatening things,” she said. “I learnt the real true meaning of team and support during that period. The fact I could focus on work allowed me to not withdraw into myself, it gave me a huge drive and inspiration.”

Carney believes a ‘woman’s touch’ can be beneficial to a dealership as women “have the ability to see a ‘softer’ side of things” and “to view things in a different way”.

But Carney also knows when to take a tough stance, particularly when it comes to making sure the business understands and respects the differences between selling commercial vehicles and passenger cars.

“I don’t accept the status quo,” she said. “I will challenge and push back, and fight for the difference.” Sarah Tooze