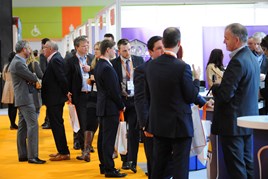 The rapid slowdown in diesel car demand and changes to the way consumers are buying used cars ensured delegates had plenty to learn at the used car seminar.

The used car market is in a constant state of flux as a result of both Brexit and the unprecedented shift in fuel types seen in 2017.

“It’s critical to make sure that buying decisions are based on today’s market rather than the market at the beginning of the month,” said James Dower, editor of Black Book at Cap HPI. He said the instability is due to the uncertainty in the market, especially around fuel types.

“The change in consumer fuel choice has been remarkable,” said Dower. “What we can say is most people have decided wholeheartedly that their alternative to diesel is petrol rather than alternative fuelled vehicles (AFVs).”

Sales of new diesel vehicles fell by 15% last year, while petrol grew by 2.9%, making it the most popular fuel. AFV sales were up by 34.8% to almost 120,000 units and this was largely driven by the fleet market where low benefit-in-kind rates attract company car drivers.

In the used market, the impact has been less severe, said Dower: “Diesel used values have been weaker in the first half of the year, but we’ve seen a real recovery in the second half of the year. People just have to think more carefully about what fuel they really need.”

He explained that the problem with used AFVs is there is no incentive for buyers as all the Government schemes and grants are focused on the new buyer.

“It’s important to try and understand how to route these cars back to the retail market once they come off fleet,” said Dower.

With a strongly weighted balance of supply and demand, petrol cars are retaining stronger values, he said: “There is strength in petrol. Petrol and diesel are starting to operate in similar performances in the wholesale market.”

He warned that with more fleet drivers moving to plug-in hybrids, there will be more of them coming back into the used market.

“Manufacturers have a real focus on pushing electrified models in the coming years. It’s a small part of the market at the moment, but will occupy a huge part,” said Dower.

In a sign of how strategic some used car dealers are becoming at marketing their stock, Nathan Quayle, group marketing manager at Fords of Winsford, outlined how the used car supermarket group has used digital and conventional channels to boost its customer base and increase sales.

“A digital marketing strategy doesn’t have to be sophisticated or complicated,” said Quayle.

In car sales, customers get different touchpoints from lots of different platforms, both physical and digital – this is different to a traditional sales funnel.

“You need to work out who your customers are first, so you can be there for them at the right times. Once you identify different groups of people you can market to them in the most suitable way,” said Quayle.

Dealers can use online reviews, CRM data, Google Analytics and even traditional customer research to establish who is likely to buy from them.

Quayle told delegates: “Once we know who our customers are, we put them into pockets. We segment them into groups that we can market to more effectively.”

To target first-time drivers, for example, Quayle uses social media, as he knows this is the best platform to engage with them.

“They are young and have disposable income, but not a lot of savings. So we push great finance deals on small cars, with low deposits.

“It’s about hitting the right person, at the right time, with the right offer, on the right platform,” he said.

Traditional media outlets such as television and radio can also be great tools and should be used to activate your digital media platforms.

To make the most of this, Quayle said dealers should tailor their messages to the channels being used.

Customers finding your business through Google search should be presented with lots of information about your business.

Local adverts on radio, TV or in newspapers should focus on how easy you are to get to.

If customers find you on classified sites, then you need to show them why they should buy from you and why they trust you.

“Don’t get caught up focusing on traffic,” said Quayle. “It is far more important to maximise the number of positive leads you generate.”

Kristian Wheeler, sales team lead at Trustpilot, outlined research showing that in a changing online sales environment, consumers are increasingly relying on reviews when deciding where to buy their next car. Its data showed 92% of consumers admit to reading reviews before they make a purchase.

Wheeler said: “Companies are now marketing themselves on the strength of their reviews. It is not necessarily about being the cheapest, but proving that you are the best for customer service.”

Auto Trader implemented TrustPilot reviews into its website to showcase how it has helped its customers successfully sell their car.

It has now collaborated with TrustPilot in order to share reviews of dealers, allowing the consumer to make a more informed judgement before visiting the site.

Wheeler said the average number of dealer visits by a consumer has fallen from three to one as they spend more time researching online.

“Millennials aren’t walking into dealerships – they go online, they do their research, they know everything about what they want before they turn up,” he explained.

Engaging with reviews will give dealers a much greater chance of attracting that customer into the showroom.

Wheeler added: “Generally they are looking to simply test drive and buy, as they will already have decided if the car is right for them long before they arrived in the showroom.”

Using an independent agent to collect the reviews is crucial too, he said.

“You can’t put reviews online that you collect yourself, people won’t trust them,” Wheeler said.

TrustPilot was founded 10 years ago and hosts more than 14 million reviews in the UK alone.

Increasingly, dealer groups and independents are adopting the review model and Wheeler said reviews will be even more important when car sales are completed entirely online.

He advised delegates not to adopt reviews in the short term: “There must be consistency to provide confidence to the consumer.”

Not all reviews will be positive, but Wheeler said: “Bad reviews are okay. They help to validate the positive ones. People want to read negative reviews to see how the issue was resolved.”