Peugeot has showcased its new design language in its new 308 SW estate car, which is set to arrive in UK showrooms early next year.

Following on from the launch of the Peugeot 308 hatchback, the new 308 SW will see the more practical and spacious model made available with the option of a plug-in hybrid drivetrain for the first time.

It is also the second new Peugeot to feature the brand’s roaring lion’s head logo. 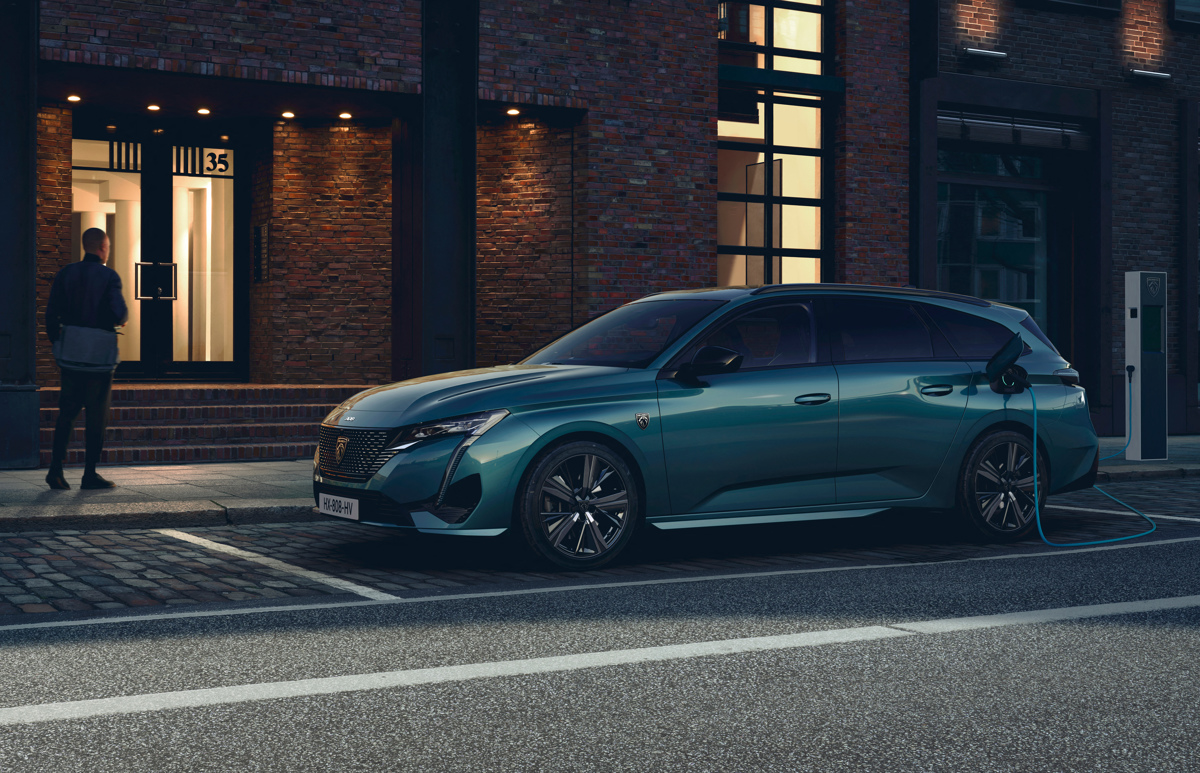 Julie David, the managing director of Peugeot UK, said: “With the new 308 SW, Peugeot is giving buyers the possibility to choose a powertrain that best meets their needs, whether that is conventional petrol or diesel or plug-in hybrid variants.

“By 2025, customers across our entire model line-up will be able to choose between electrified models and conventional powertrains.”

The HYBRID 225 e-EAT8 combines a 180PS PureTech petrol engine and an 81kW electric motor to emit as little as 26g/km of CO2 and up to 36 miles of electric range under WLTP protocol test procedures, according to Peugeot.

The HYBRID 180 e-EAT8, meanwhile, employs a 150PS PureTech engine and an 81kW electric engine to deliver CO2 emissions as low as 25g/km and up to 37 miles of zero emissions range.

Both versions are powered by a 12.4kWh lithium-ion battery which can be charged in one hour and 55 minutes at a 7.4kW Wall Box.

Peugeot’s plug-in hybrid customers can receive up to £350 in grant funding towards a home charge point, through Pod Point, and a free six-month charging subscription to BP Pulse.

Peugeot’s two other engine options are a 1.2-litre PureTech 130 petrol engine or a 1.5-litre BlueHDi 130 turbodiesel, both of which come mated to an eight-speed automatic gearbox.

Compared to the new 308, the new 308 SW comes with a 55mm longer wheelbase, with the rear overhang 21cm longer delivering a 608-litre boot, extending to 1,634-litres with the rear seats folded.

Described as a “key development” of the i-Cockpit interior is a new steering wheel which features sensors to detect the driver's grip levels when using driving aids.

The new 308 SW will also feature a new range of semi-autonomous features.

Among these are: semi-automatic lane change; anticipated speed recommendation; and curve speed adaptation, which can optimise the car’s speed according to the severity of a bend.