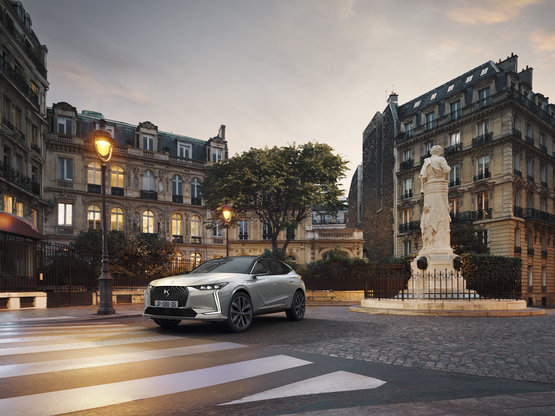 The Stellantis-owned car maker has said that UK deliveries of its new model will start early in the new year, but is encouraging customers to visit their local dealer, or its online Virtual Showroom, to learn more now orders have gone live.

Unveiled earlier this year the DS 4 will expand the French brand's range alongside its new DS 9 saloon and is set to compete with hatchbacks and crossovers including the Audi A3, BMW 1 Series and Mercedes GLA.

Three variants are being offered to UK customers – DS 4, Performance Line and Cross derivatives – along with a choice of petrol, diesel and plug-in hybrid drivetrains.

The E-Tense plug-in hybrid delivers a combined 225PS and has a range of more than 30 miles in zero-emissions mode when fully charged alongside CO2 emissions as low as 34g/km under WLTP testing.

Inside, the DS 4’s central infotainment screen can be controlled using a smaller ‘DS Smart Touch’ screen located near the gear selector.

Other controls are grouped according to function; so the window switches are integrated into the door panel design and the climate controls mounted in the centre of the dashboard.

Air vents for the heating and air conditioning system have been hidden and there’s a built-in filtration system that prevents harmful particulate matter from entering the cabin.

A Cross version of the new DS 4 will offer a more rugged appearance; with black cladding and roof bars, plus an advanced traction control system to improve grip.

Among the highlights of the DS 4 standard trim package is the new DS IRIS SYSTEM.

The DS 4 can also be specced with an extended head-up instrument display, night vision and ‘Active Scan Suspension’ which scans the road ahead for imperfections and independently tailors each wheel to approaching hazards.

Most popular articles in Car galleries