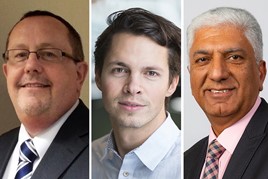 As the new car market continues to soften, the entire automotive industry’s focus is heavily on used cars.

While franchised dealers are increasingly forming their own used car supermarket operations, the independent sector is uniquely placed to comment on a market free of the immediate pressures of the franchise system.

Tom Jaconelli, director at Romans International, a specialist prestige and supercar retailer, said the pressure on new vehicles due to Brexit could actually have a positive impact.

He has heard that manufacturers like Porsche are considering price increases of about 10% to offset the cost of doing business in the event of a no-deal Brexit.

Jaconelli said: “I’m sure Porsche won’t be the only manufacturer looking at increasing new car prices in the wake of a no-deal, so this should really help used car values if that happens.”

Romans International also has a positive spin on the woes many franchised dealers have felt due to stock shortages caused by the Worldwide harmonised Light vehicle Test Procedure (WLTP).

The delay to new car stock arrival for brands such as Land Rover and Audi has meant fewer new cars around, and Jaconelli said this has caused a boost for customers looking at the used car market, where residuals on certain desirable models have remained high.

Jaconelli said: “With long lead times on ordering cars, we are finding there is a gap in the market for the people who don’t want to wait and are happy to pay a similar amount, if not more, for a very lightly used or pre-registered car as long as they can buy it here and now.”

Gordon Veale, general manager of Carbase (winners of the AM Awards’ Most Improved Dealership in 2019) agreed that independent dealers have the opportunity to fill the gap for customers who are not prepared to wait for brand new stock at a franchised dealer.

Umesh Samani, the owner of Stoke-based Specialist Cars and founding member of the Independent Motor Dealers Association (IMDA), was positive about the start to 2019 in the used car market.

He said volumes and consumer confidence has been strong in Q1 despite challenges on stock availability.

Samani said: “Waiting 12 to 18 months on a new car for some models, even in volume franchises, means customers are turning to used cars.”

Veale said the biggest challenge over the past couple of years and continuing into this year is pressure on margins, with erosion of between 10% and 15%.

This has been driven by the downturn in the new car market and the scramble by the industry to acquire the best stock possible.

Veale said this has forced some dealers to widen their nets to buy stock that may only meet a few of their criteria rather than all and increasing spend on preparation.

“We’re stuck between a rock and a hard place on margins. We’re having to spend more per vehicle and a lot of our prices are dictated by classified site algorithms.

“The only thing we can do is weather the storm and make sure we’re buying as intelligently as possible.”

Specialist Cars sources a lot of its stock from private customers. A slower new car market means there are fewer part-exchanges coming back.

Samani said stock shortages are forcing some dealers to pay over the odds for vehicles and then crossing their fingers that the market can sustain them.

He said this was causing some independents to look at making back margin on things such as finance and add-ons, rather than looking for margin ‘in the metal’.

While Jaconelli noted there are opportunities in the Brexit turmoil, he thinks it has had a continued impact on overall consumer confidence.

As a result, he said there is still a hesitance for customers to make big purchases, even in the higher-net worth market that Romans International operates in.

Jaconelli said: “This is particularly important for customers with investment in mind, so ensuring your stock is either very special or very well priced will become increasingly important.”

Another big challenge for used car dealers this year will be the continued focus for franchised dealers to turn to the used market to help them survive. This will mean increased competition from them for the best used car stock.

Jaconelli said: “We will see the main franchised dealers focus more on used stock and seemingly working for smaller and smaller margins by focusing on volume sales.

“This means buying stock will become even more difficult as competition increases for used cars.”

Jaconelli said prices came down quite sharply in the latter half of 2018. The  correction in values meant a lot of customers and dealers were caught out if they held on to stock for too long.

In order to overcome this, Jaconelli said it has become more important to turn stock more quickly as values have become increasingly volatile.

He said: “Keep trading and buying fresh stock and remaining active rather than sitting on your stock and being too afraid to take money back or small losses.

“There are still plenty of people buying prestige cars, but whereas in the last few years it seemed like anything that was rare would sell quite easily, it is now only the very best cars in the best specification, with an excellent history will be the ones that sell.”

Veale said that despite the pressure on margins, Q1 has been positive, with no real impact on volumes or consumer confidence due to factors such as Brexit or dieselgate.

“There has been no resistance on diesel from buyers. This is despite the mixed messages they get from the Government and the media,” he said.

“We haven’t recorded any hesitation from buyers due to things like Brexit.”

Samani agreed that while scaremongering did cause a slight slowdown on diesel, dealers are still buying and selling diesel stock without issue.

There is underlying uncertainty due to Brexit, but he said very few customers are citing it as a reason to put off a purchase.

Samani said: “Whatever happens on March 29, the world isn’t going to end. We all just have to make the best of it, whatever happens.”

Jaconelli said he has been pleasantly surprised by how well Q1 has gone for Romans International so far.

The business increased its stock acquisition in December last year, in contrast to some rival businesses. Jaconelli said this meant the dealership went into January with a full forecourt and the ability to outperform the market.

He said: “While Brexit has taken a few people out of the investment/collector market, who are keeping their powder dry, the rich are still rich and when they see something they want to drive they are still buying.

“As long as we are being very selective with what stock we buy and making sure we have the most desirable cars on the market we don’t see any reason why we can’t carry this momentum on for the rest of the year.”

The real test for consumer confidence for Romans International will be this spring, as this is seasonally when demand for supercars and convertibles increases.

Veale said Carbase is insulated slightly from the chase for stock acquisition due to the relationships it has with leasing companies for vehicles coming off contract.

He said: “We have grown every year and we’ll do around 12,000 cars this year. I think the pressure on margins is going to force some businesses to close or sell this year.”

Samani said independents can differentiate from the supermarkets by cherry-picking stock with high specification, but that is becoming more difficult to do as other independents look to do the same.

He said higher trim lines on premium products, such as Audi’s RS and Black editions, are selling particularly well at the moment.

Romans International expects a flat 2019 on turnover and profit and will instead focus on growing the business in different ways this year to help future-proof the business.

It will place more emphasis on its digital operations, by increasing the quality and quantity of content the business is putting out online for customers to follow and engage with the brand.

Romans International will also extend its showroom space to ensure more of its supercars are kept under cover. Part of its plans for this year involve putting on more events to help the business stand out.

Jaconelli said: “In an age of various supercar dealerships or brokers who can very easily build a website and an online presence, I think it is becoming increasingly important to create an experience for
the customer and to make them feel part of a community.”