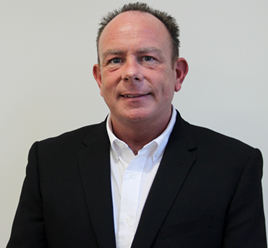 The six-site South West-based family-run car supermarket operation (Bristol, West-Super-Mare, Lypsham, Brent Knoll, Westbury and Vanbase Bristol) said in a statement that it was “delighted” to announce the appointment of the two experienced industry professionals to its two brand new leadership roles.

Steve Winter, the founder of the AM Awards winning Carbase business, said: “I am immensely proud of all we have achieved over the past 20 years and I am looking forward to being part of our new chapter as we continue our drive to provide the very best customer experience at the heart of all used car purchases.”

Carbase said that former Assurant president, Green would bring a wealth of knowledge and a proven track record of business development gained within the consumer and commercial financial services, insurance and automotive sectors in a career spanning over 30 years.

Commenting on his appointment, Green said: “I am thrilled to be part of the award winning Carbase family and look forward to working with the team to realise our growth plans – we have an exciting future ahead.”

Winter said: “I am delighted to welcome Rich to Carbase. His wealth of knowledge and experience driving business growth, customer satisfaction and improved operating efficiency will be invaluable as we continue our journey to be the leading used car retailer in the South West.”

Caygill also brings a wealth of experience and knowledge and will have an integral role in Carbase.

AM reported that Caygill, a former general manager at Porsche Cars GB, ended his time as divisional director of Pendragon’s loss-suffering Car Store used car retail network in April 2019, when he stepped away from the business on ‘gardening leave’.

Confirmation of Caygill’s departure came less than a year after he took up the post and a day after Pendragon issued an interim management statement in which it cited the Car Store division’s financial losses as part of its report of an underlying pre-tax loss of £2.8m in the quarter – £10m worse than it previously expected.

Pendragon subsequently closed 22 of its 34 Car Store locations and is now embarking on a rebrand and re-launch of a restructured and digitally-led used car retail division.

Carbase wins the 2019 AM Award for Most Improved Dealership

Carbase wins the 2019 AM Award for Most Improved Dealership 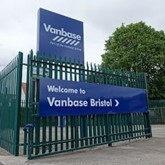