The ID50 in numbers 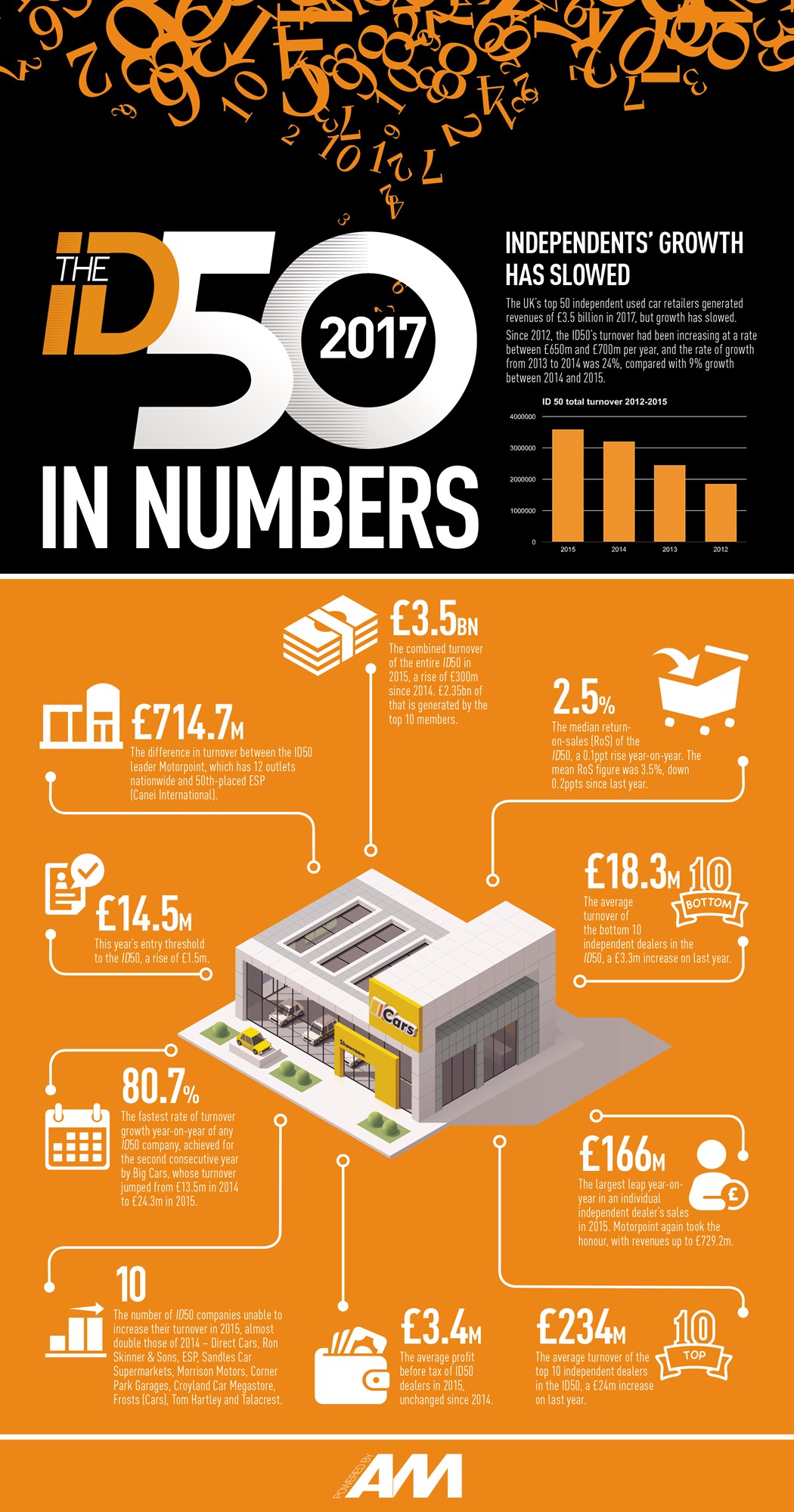 The average turnover of the bottom 10 independent dealers in the ID50, a £3.3m increase on last year.

The largest leap year-on-year in an individual independent dealer’s sales in 2015. Motorpoint again took the honour, with revenues up to £729.2m.

The average turnover of the top 10 independent dealers in the ID50, a £24m increase on last year.

The fastest rate of turnover growth year-on-year of any ID50 company, achieved for the second consecutive year by Big Cars, whose turnover jumped from £13.5m in 2014 to £24.3m in 2015.

The difference in turnover between the ID50 leader Motorpoint, which has 12 outlets nationwide and 50th-placed ESP (Canei International).