Was this article useful?
Click the thumbs up >
Mazda has announced that the new B-Series 4x4 Double Cab Barracuda will be available from October 2004, priced at £16,000 on-the-road.

The engines are combined with a five-speed manual transmission, in either 2WD or 4WD versions (depending on model).

All models come with driver and passenger airbags and all 4x4 models have a rear limited slip differential that distributes torque between the rear wheels for enhanced traction and a safer drive.

An anti-lock braking system (ABS) is available on the Barracuda model, as is electronic brake-force distribution (EBD). 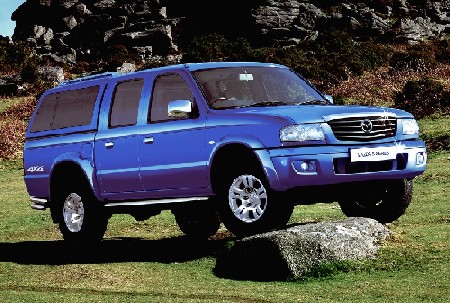