Was this article useful?
Click the thumbs up >
The Renault Clio Renaultsport 182 Cup and V6 255 will make their debut at the Paris Motors Show this week in advance of its 2005 on-sale date.

Priced at £13,800, the new Renaultsport 182 Cup will have both manual air conditioning and ABS as standard. Manual air conditioning replaces the standard automatic climate control. In addition, unlike the Clio Renaultsport 172, ABS, electronic stability Programme (ESP) and cruise control and speed limiter are all fitted as standard on the new 182. 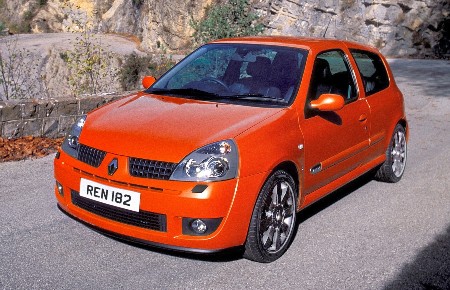