Was this article useful?
Click the thumbs up >
Chevrolet is presenting a new production model and two new show cars at the Paris Motor Show this week, demonstrating the brand’s direction in the UK when sales begin on September 16.

"The expansion of our product portfolio illustrates our resolve to make full use of the growth opportunities Chevrolet offers," said Andy Carroll, designated managing director of Chevrolet UK. "The three-door Kalos and the S3X and M3X show cars project a clear message of what Chevrolet customers can expect from us in the months and years ahead." 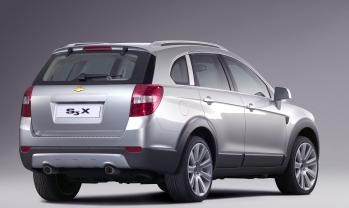 The SX3 will be designed, engineered and manufactured in South Korea. Featuring environmentally friendly hybrid technology, the S3X gives a glimpse into potential future propulsion systems (to be revealed in Paris). When the production version is launched in 2006, it will be the first diesel-powered Chevrolet in Europe. It will also be the first vehicle in the line-up to be developed entirely by GM DAT.

The S3X study has room for three rows of seats – creating space for seven passengers. The S3X includes a DVD-based navigation system with 7-inch monitor. 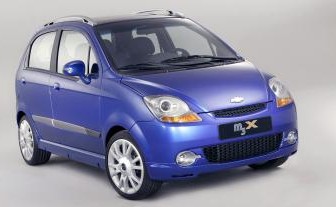 Chevrolet's M3X show car offers a glimpse of the next generation Matiz city-car, the production version of which will be on sale in the market in spring 2005. 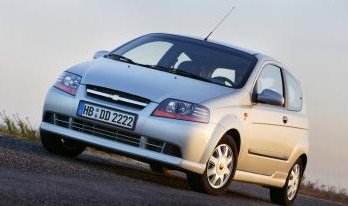 The Paris Motor Show sees the world premiere of the Kalos three door variant which will be in UK showrooms from March 2005.

The three-door Kalos will be available in the UK with a choice of two four-cylinder petrol engines, the 1.2-litre unit with 72bhp and the 1.4-litre 16-valve version 94bhp. It accelerates from 0-62mph in 11.1 sec and has a top speed of 109mph.

Currently accounting for around 27% of the company's sales in the UK, the Kalos, which was first introduced two years ago, has become the most important model for GM Daewoo (in Western Europe) and Chevrolet (in Central and Eastern Europe). In the first six months of this year, 40,000 European customers ordered the compact five-door car.