Was this article useful?
Click the thumbs up >
Proton’s boss hopes customers will find similarities in its new small car to a Lotus.

The all-new Savvy is powered by a 1.2 litre engine and driven by a five speed manual transmission, capable of delivering 74 brake horse power and a maximum speed of 106mph.

"That was certainly the design ideology from the start of the project. We wanted a small car that offers practicality, fuel economy, generous space and great all round performance. It’s not a sports car nor does it look like a Lotus but certain elements have been engineered into the car that’ll give you a taste of what it’s like to drive one of the world’s best handling vehicles. The results are outstanding."

These elements involve engineering a new, stronger and more rigid chassis and bringing Lotus ‘dynamics’ into the small car, resulting in a vehicle that is superior in handling, safety, responsiveness and which has good power to weight ratio.

The Savvy - already available in Malaysia - is due for a UK launch in September/October to rival the Honda Jazz, Kia Picanto, Toyota Yaris and Chevrolet Matiz. 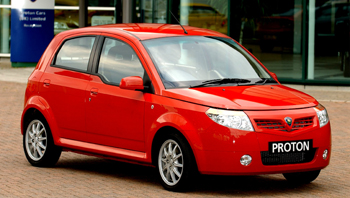