Was this article useful?
Click the thumbs up >
Honda will display four new models at the Frankfurt Motor Show this month.

Honda’s new Civic will make its public debut, six months after the concept version appeared at the Geneva Motor Show.

The new range is available with a choice of three engines, all making their debut in the Civic. The 1.8-litre is a completely new unit and uses the i-VTEC system. The range will also feature Honda’s 2.2 i-CDTi diesel engine.

Honda will also be giving a world debut to the new four-door Civic Hybrid. A new 1.3-litre 3-stage i-VTEC engine will be used as well as an integrated motor assist system (IMA). 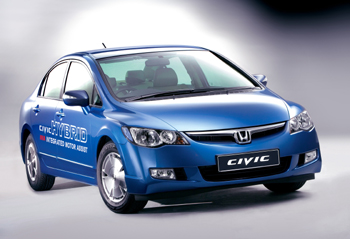 The new Accord range and revamped Honda S2000 are also due to be unveiled at the show.