Was this article useful?
Click the thumbs up >
Blue Bell Mini opened its largest Mini dealership to coincide with the launch of the revised 2007 model.

The Crewe site hosted a Hollywood movie set launch party. Over 80 Mini owners walked down the red carpet, were photographed by paparazzi and were takenm on a backstage tour of the dealership’s new facilities. The was also food, drink, a Rat-pack band and a fireworks display.

"The Blue Bell team and the contractors have moved heaven and earth to ensure the new Mini’s home in Crewe was ready to receive an appreciative audience on November 18.

"The acquisition, development and opening of the new site will mean we will create new employment, have room for growth and provide an even higher level of choice and service," said Barry Holt, director of Blue Bell Crewe.

As well as Mini sales, there will be parts, service, MoT testing and a valeting service available at the new site. 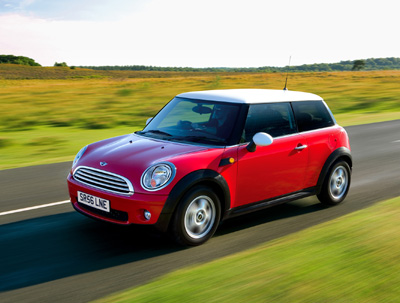 AM Poll
What is your take on the car retail sector's ongoing vehicle supply shortages? Please leave a comment
Vote
View all
3423