Was this article useful?
Click the thumbs up >
Here’s one of the stars of July’s London motor show, the all-new Vauxhall Corsa. Bigger, sharper and funkier to look at, the Corsa aims to battle Peugeot’s 207 for the title of Britain’s favourite supermini.

Even with those zebra markings, the Corsa is instantly recognizable. The trademark Vauxhall spine runs along the body centre, there’s a big Zafira-style grille and huge headlamps to create a cheeky face.

As with the Astra, three- and five-door models are distinct. The three-door looks like a small coupé, with its lower roofline, although both models share length and wheelbase. They measure around 4000mm-long; increased girth and wheelbase boost cabin space.

It shares its front-drive platform with Fiat’s Grande Punto. Sources say Lotus has tuned the chassis, so the MkIII should be far more nimble than its predecessor.

As for oilburners, the 1.3-litre CDTi common rail engine will be offered with either 75 or 90bhp. The 1.7-litre diesel is uprated to produce 125bhp.

Power will be sent to the front wheels via a five-speed manual, a four-speed auto or the clutchless manual Easytronic box. A six-speed manual is mated to the 125bhp diesel and VXR turbo engines.

The new cabin puts its predecessor in the shade. The plastics are softer to the touch, and controls respond with an iPod style glow. Sat-nav, xenon lamps and leather grace the options list.

The Corsa’s world premiere is set for the British show, with sales of the five-door late 2006/early 2007. The Tigra Twin-Top and Meriva will be replaced around 2010, and a rag top and estate are under consideration. 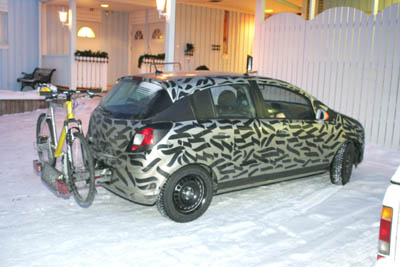 Traditional Vauxhall – the new Corsa looks like a baby Astra, in both coupé and five-door guises.

Front-wheel drive platform shared with Fiat, but Lotus has sprinkled some fairy dust on ride and handling. 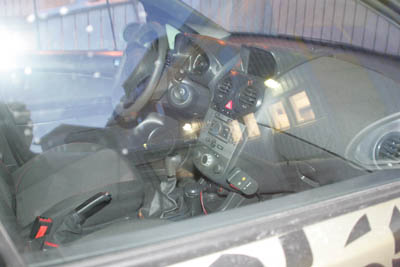