Toyota and Lexus at Geneva

Was this article useful?
Click the thumbs up >
Toyota and its sister brand Lexus will showcase six new models at next month’s Geneva Motor Show.

Geneva will mark the world debut for Hybrid X, which is a showcase for Toyota’s future hybrid technology.

The FT-HS (future Toyota hybrid sports) is a sports car for the 21st century, with a front-engine, rear-wheel drive configuration and 0-62mph acceleration in 4.0 seconds.

Geneva will also host the first European appearance of the new three-door Auris, presented in a new body colour and fitted with a special wheel design.

Full details of Toyota’s environmental strategy and the new models will be provided at the Toyota press conference, scheduled for March 6 at the Geneva Motor Show. 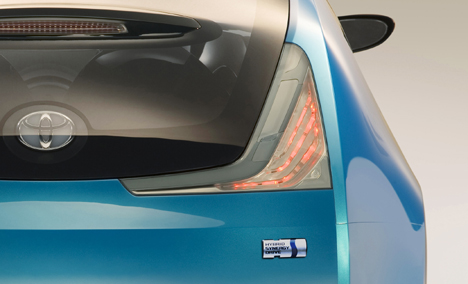 Lexus is presenting the European premiere of its new F-marque at the Geneva motor show, with the new IS-F sports saloon and LF-A supercar concept taking centre stage.

The IS-F is powered by a sports-tuned 5.0-litre V8 that delivers more than 400bhp. Acceleration from 0-62mph takes 4.9 seconds and top speed is a governed 168mph.

The transmission is based on Lexus’s eight-speed automatic, which made its debut last year in the new LS 460.

The Lexus LF-A is the Lexus sports engineering team’s first energy-efficient supercar concept. It is powered by a racing-inspired 5.0-litre V10 engine generates more than 500bhp, giving the LF-A a top speed of 200mph.

Lexus will also unveil its new LS 600h at Geneva. It is powered by a 5.0-litre V8 which uses Lexus’s D-4S and VVTi-E engine technology to boost performance and reduce emissions, noise and vibration.

Further news will be released at the Lexus press conference on March 6.