Was this article useful?
Click the thumbs up >
Lamborghini Birmingham has officially opened its third UK dealership in Fort Dunlop this week, at a special showroom launch event.

Stephan Winkelmann, Automobili Lamborghini president and CEO, flew in from Italy to make a speech and join over 300 guests for a champagne reception to celebrate the joint Lamborghini and Bentley showrooms' openings.

Sytner Group operates the Lamborghini franchise in Birmingham and developed the Fort Dunlop showroom to Lamborghini's corporate standards. It moved the dealership from interim facilities in Willenhall where its Bentley outlet was also located.

"We selected Birmingham to join existing Lamborghini dealers in London and Manchester after carefully considering the potential for the area. Our partner in Birmingham, Sytner Group, has invested considerably in providing a first class dealer environment in an exceptional location.

"We recognise that Birmingham itself is a city with increasing economic strength, with considerable wealth and is also the home of successful, entrepreneurial individuals," said Winkelmann.

Winkelmann pointed out that despite increasing deliveries by over 30% to a record 2,087 units worldwide in 2006, including 151 units in the UK, ‘Lamborghini ensures orders always exceed supply to maintain exclusivity’.

Sytner Group already operates a Lamborghini franchise in Edinburgh and is currently developing a new showroom due for completion at the end of this year. 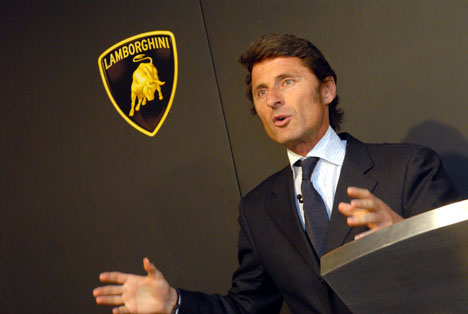