Was this article useful?
Click the thumbs up >
Kings Toyota Hedge End has recruited two new sales executives to cope with demand from customers at the dealership.

Group franchise director Phil Maddison said the first six months had exceeded expectations and sales are running ahead of targets set by parent company the Snows Motor Group and by Toyota.

“As we approach the new registration in September things are getting busier all the time so we need a larger team to handle sales to existing and new customers,” said Maddison.

John Hollingsworth and Stuart Hayes are the latest additions to the sales team which is headed up by sales manager Alex Domone.

“The total focus at Kings Toyota revolves around the customer and that involves everything from coffee in china cups through to a Sony Playstation to amuse children and adults alike, efficient and knowledgeable staff, topped off with a great product line up,” added Maddison.

Kings Toyota Hedge End is a flagship dealership for Snows Motor Group and for Toyota in the UK and shares its site with Lexus Hedge End. The multi-million pound development, situated at the roundabout at Charles Watts Way and Botley Road, is just behind the Marks and Spencer retail park and was opened at the start of this year. 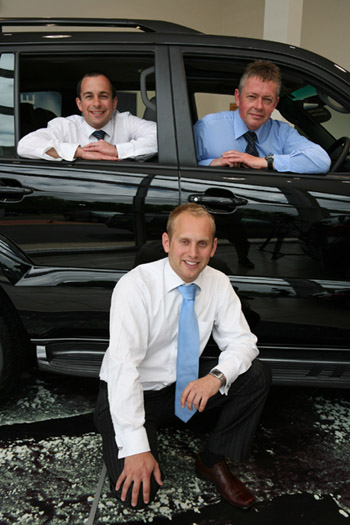